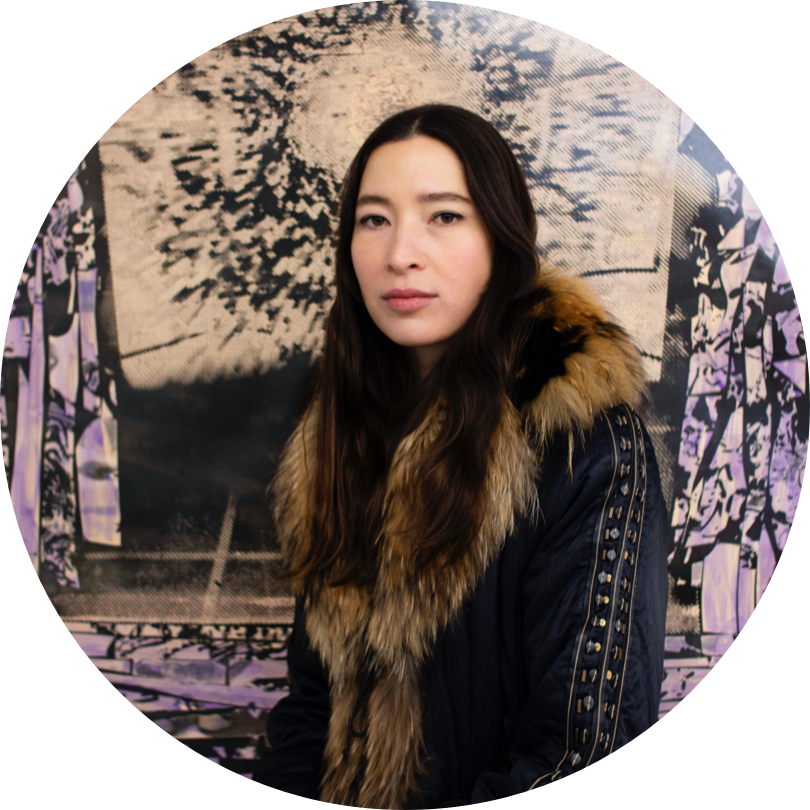 Antonia Kuo (b. 1987, New York, NY) is an interdisciplinary artist based in New York. She received an MFA from Yale University, and a BFA from School of the Museum of Fine Arts Boston and Tufts University. She has exhibited and performed internationally at the Whitney Museum of American Art, MoMA PS1, CHART Gallery, Pioneer Works, and the Knockdown Center in New York, among others.

THAT: Tell us about your practice.
AK: I’m an interdisciplinary artist working across photo, film, drawing, painting, print, and sculpture. My work revolves around photographic concepts and indexicality, focusing on the ways images and materials can be recorded and translated through an iterative process, both manually and technologically. The objects I  make act as recording or encapsulating devices for time, light, materials, and process.

THAT: Can you tell us a little bit about your chemical painting process?
AK: A major branch of my practice is chemical painting on light-sensitive silver gelatin paper (usually used for black and white analog printing, but because of my process I am able to coax colors from the paper). I  use my drawings and photographs as primary source materials — utilizing both analog and digital tools,  these images are translated through various printmaking and image transfer methodologies, applied to the surface of the light-sensitive paper, and developed experimentally with photographic chemistry. Over many steps and multiple sessions in chemical baths, the images gain complexity, deliberately complicating the act of visual recognition.

I enjoy this process in particular because it facilitates a push and pulls between absolute chemical chaos and my guiding the material; the act of making is largely intuitive and involves quick reactions to chance occurrences, a way of staying present in the making.

THAT: You seem to have experimented quite extensively in photographic manipulation - what sparked your interest in this medium?
AK: I had always taken photographs on the sidelines of my practice, but it wasn’t until I moved back to NY  after undergrad that I began to pursue it more seriously. This interest manifested itself the most in this period through experimental 16mm filmmaking, and I was lucky to find myself a part of a burgeoning and supportive film community. Not long after I did an intensive program at the school of the International  Center of Photography, with the express goal of fully integrating photography into my practice. This is where I started to make chemical paintings on light-sensitive paper for the first time, now 10 years ago.

THAT: Was there ever something that surprised you while investigating new processes?
AK: I’m consistently surprised by material experiments in any vein and would say that’s actually what drives me in large part. If I begin to become too proficient or comfortable, I like to throw in a new variable. I  wouldn’t be interested in making anything if I knew exactly how it would come out, and I think part of the beauty and absurdity in making art is that you will never fully achieve the visions in your brain or say everything you need to say, so you have to keep making it! It is a bottomless well, and those feelings of surprise constitute some of the most fruitful moments I have had in my practice. I try to cultivate more situations to stimulate my curiosity and generate the unexpected. 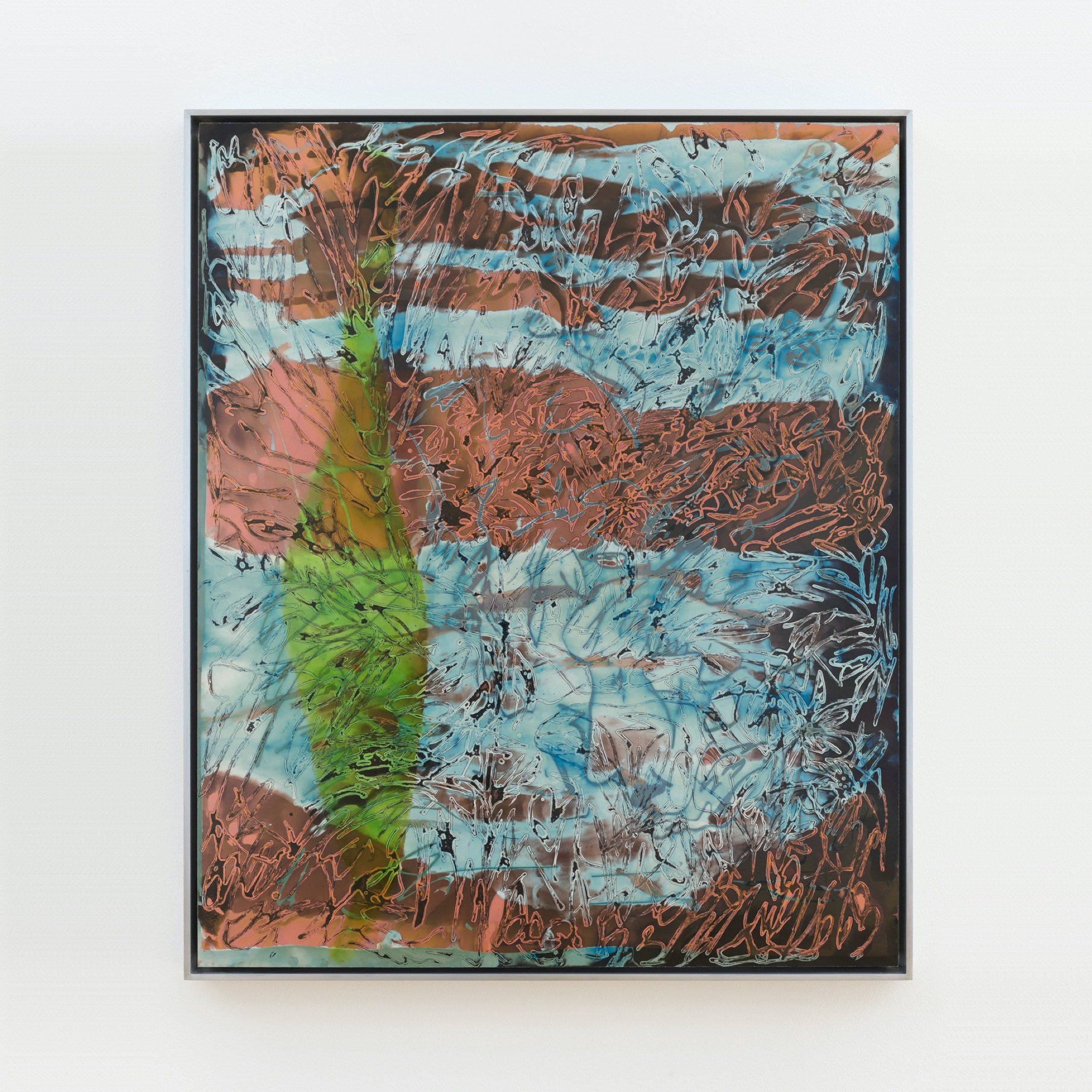 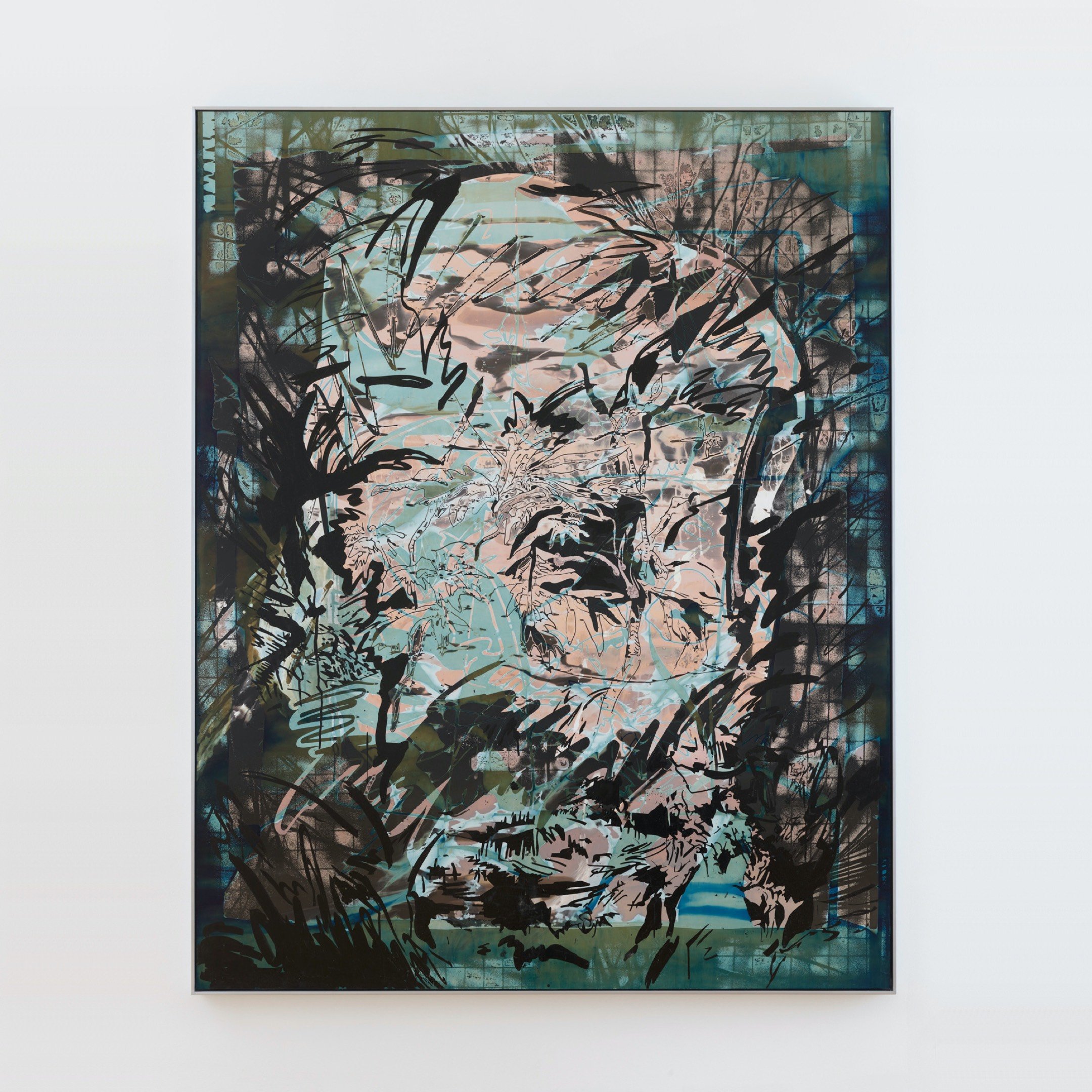 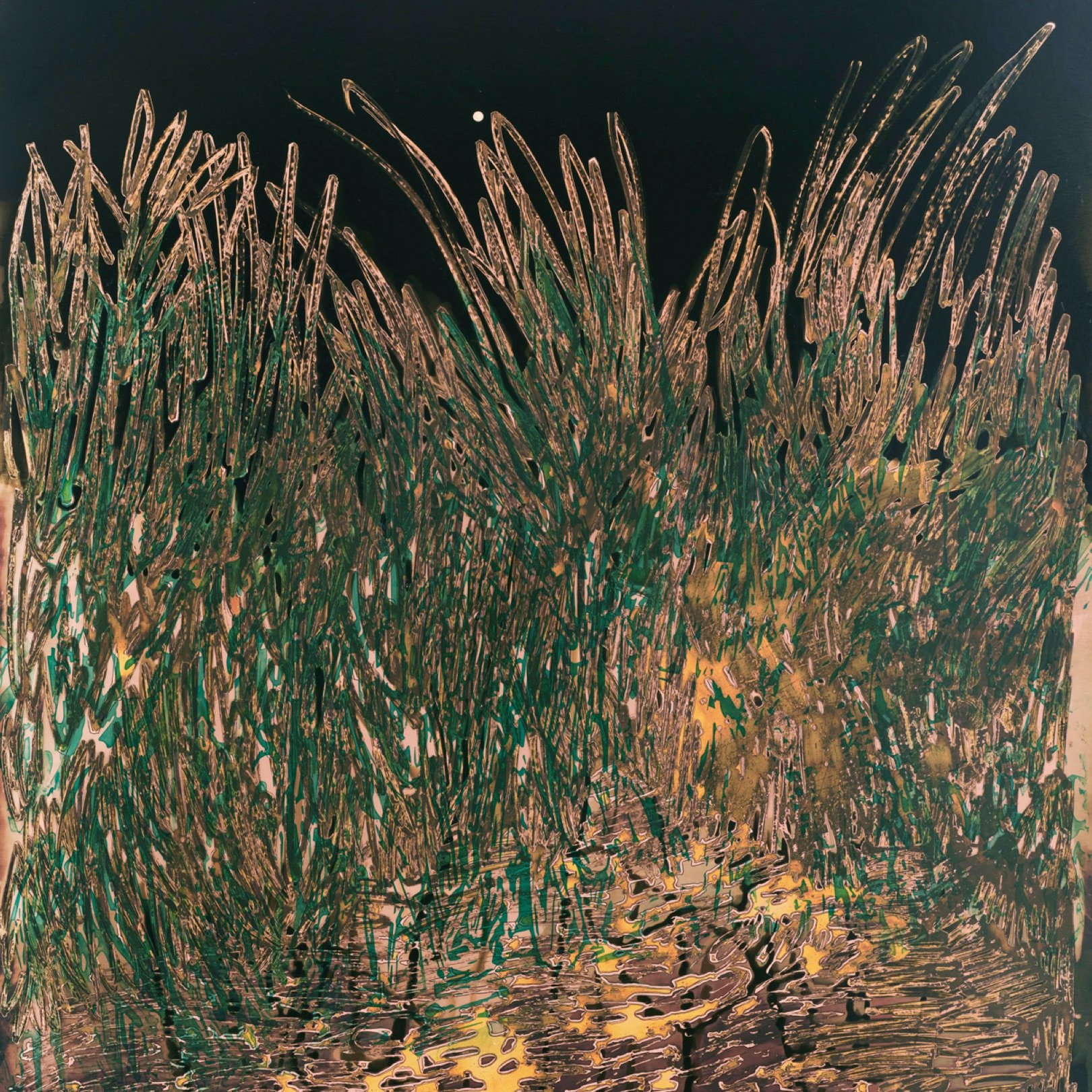 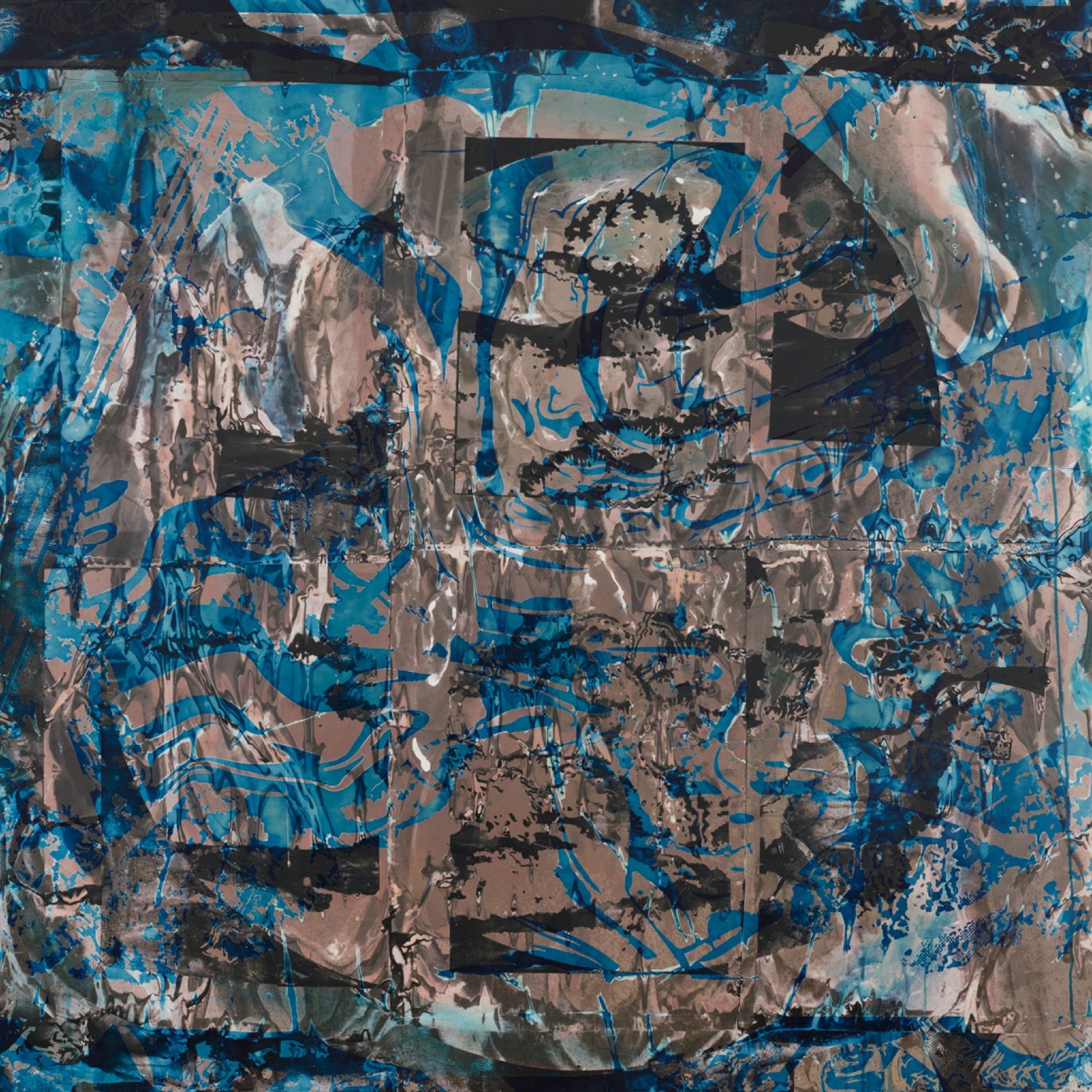 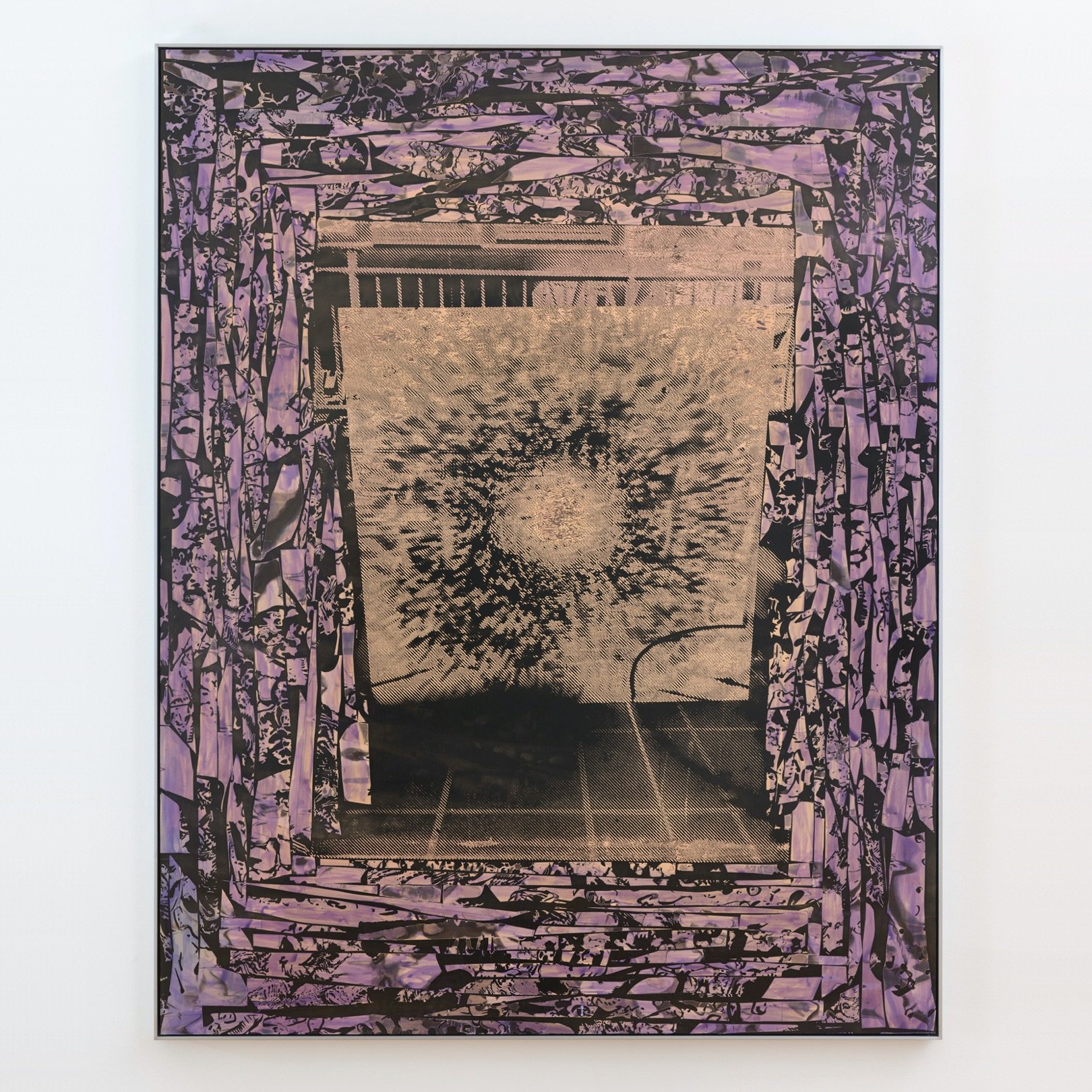 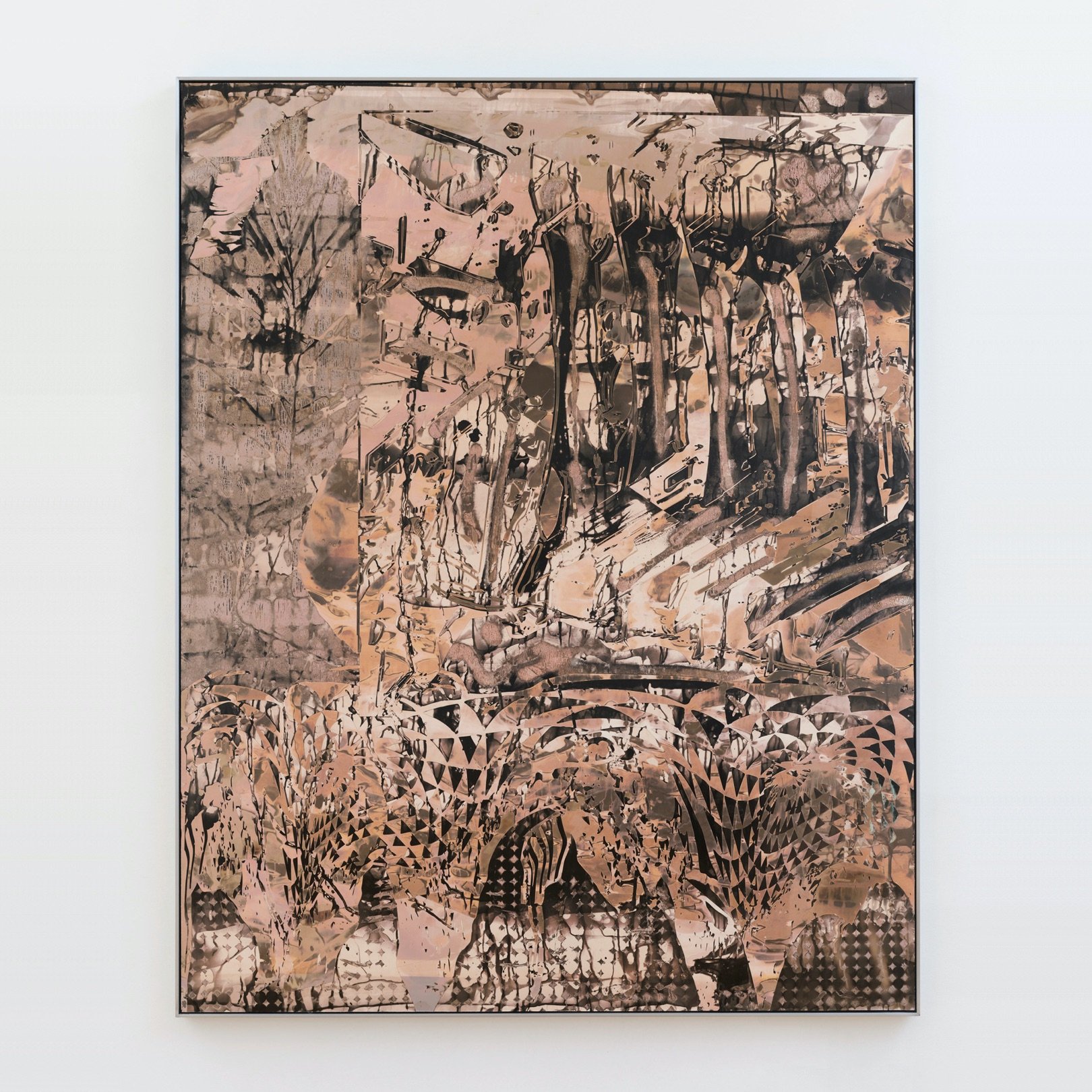 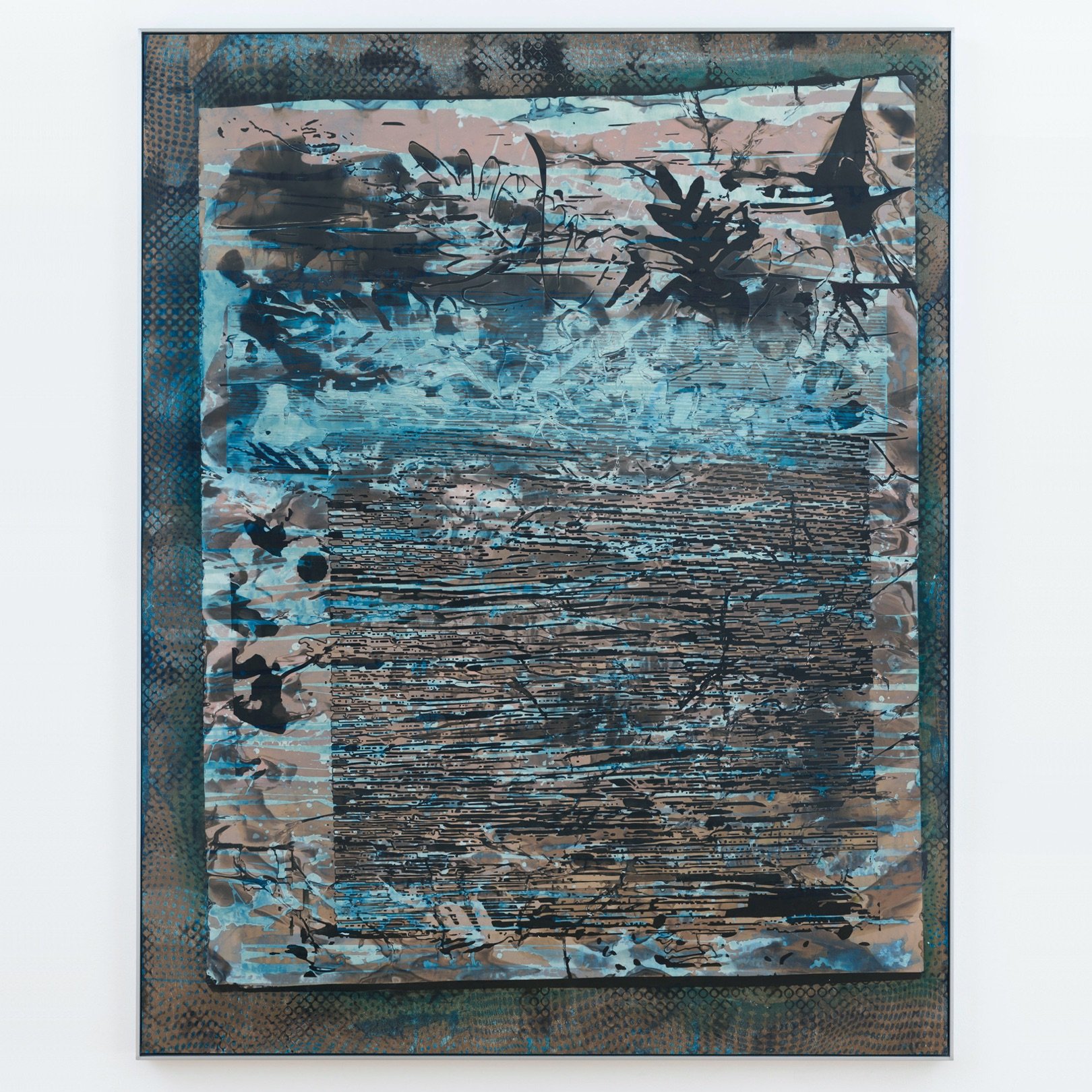 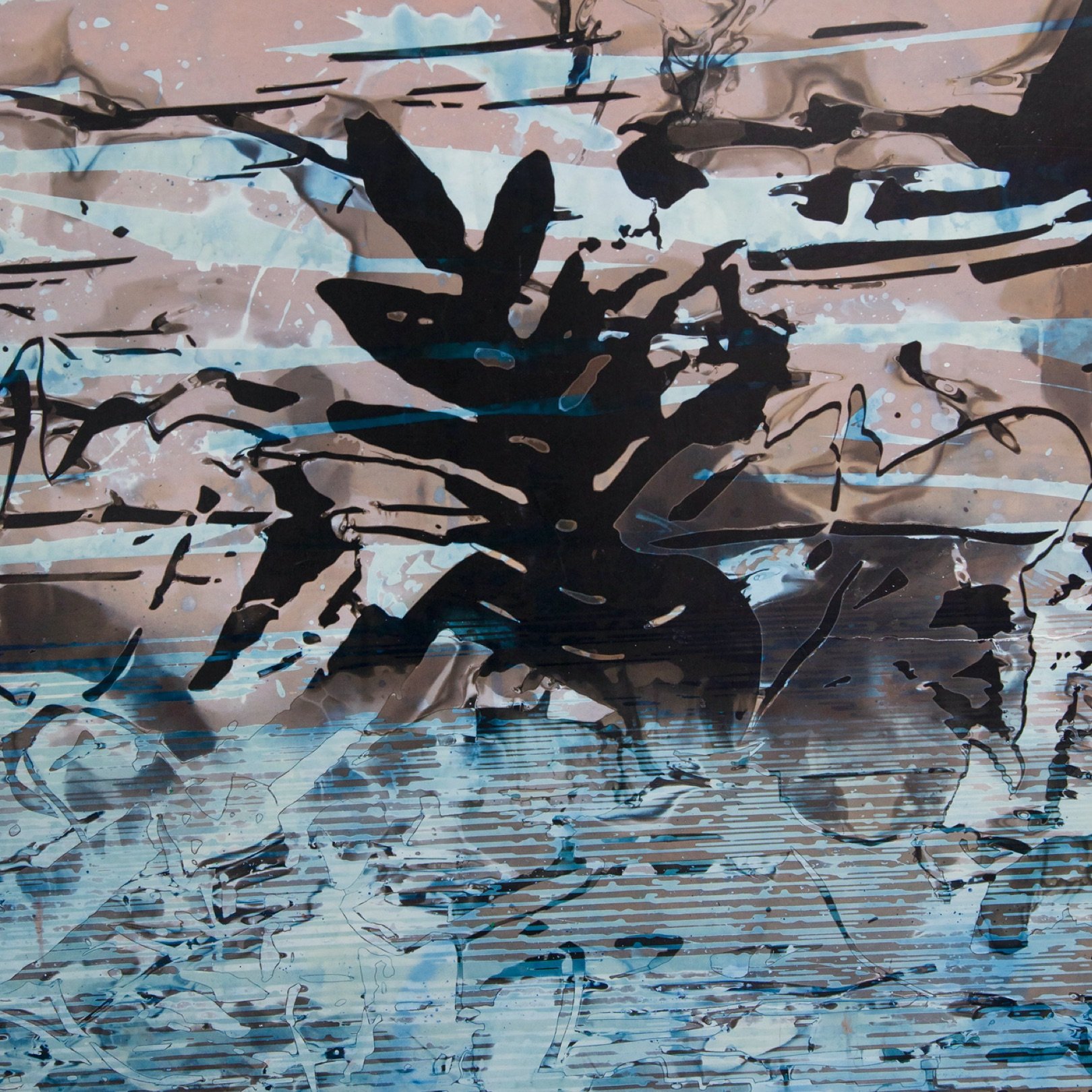 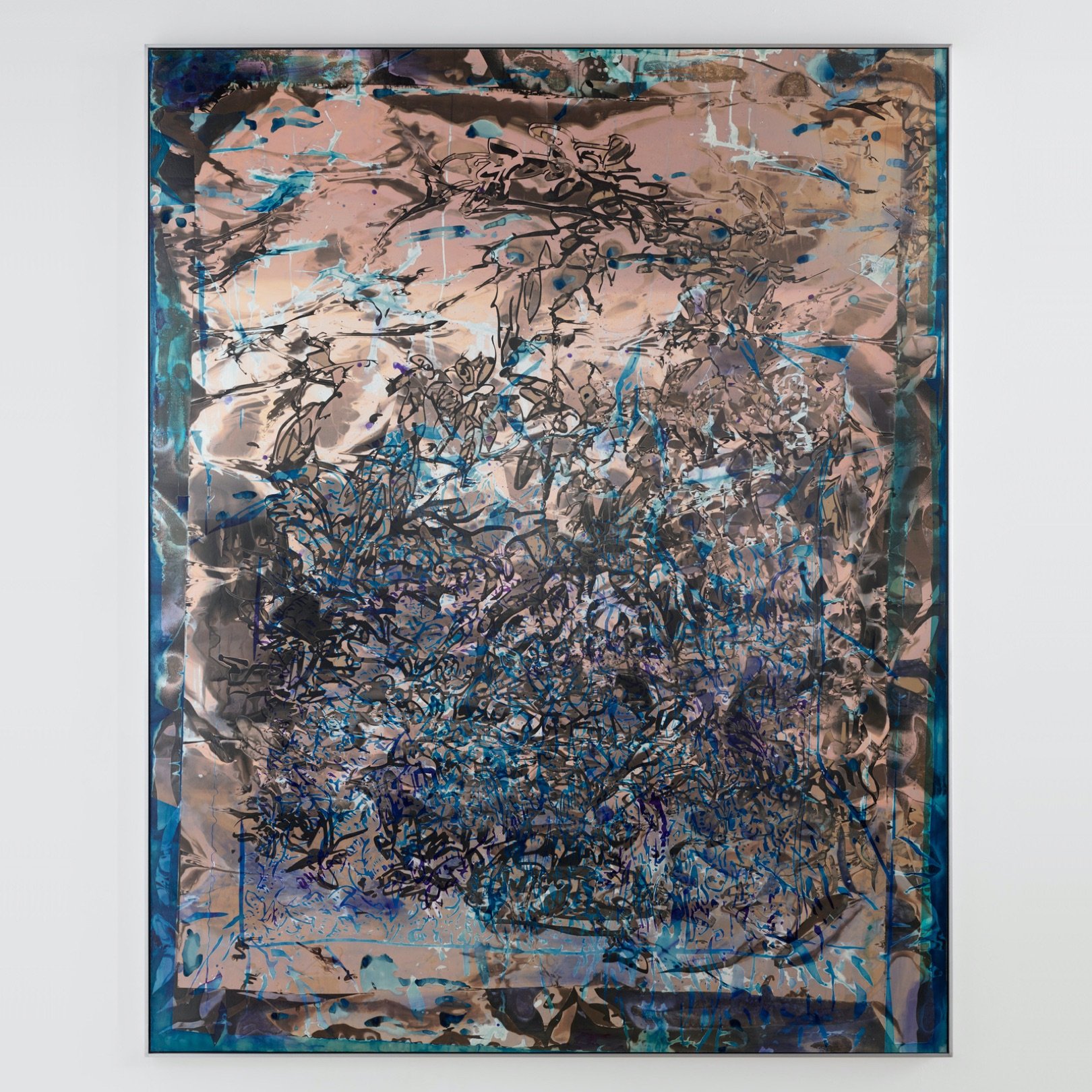 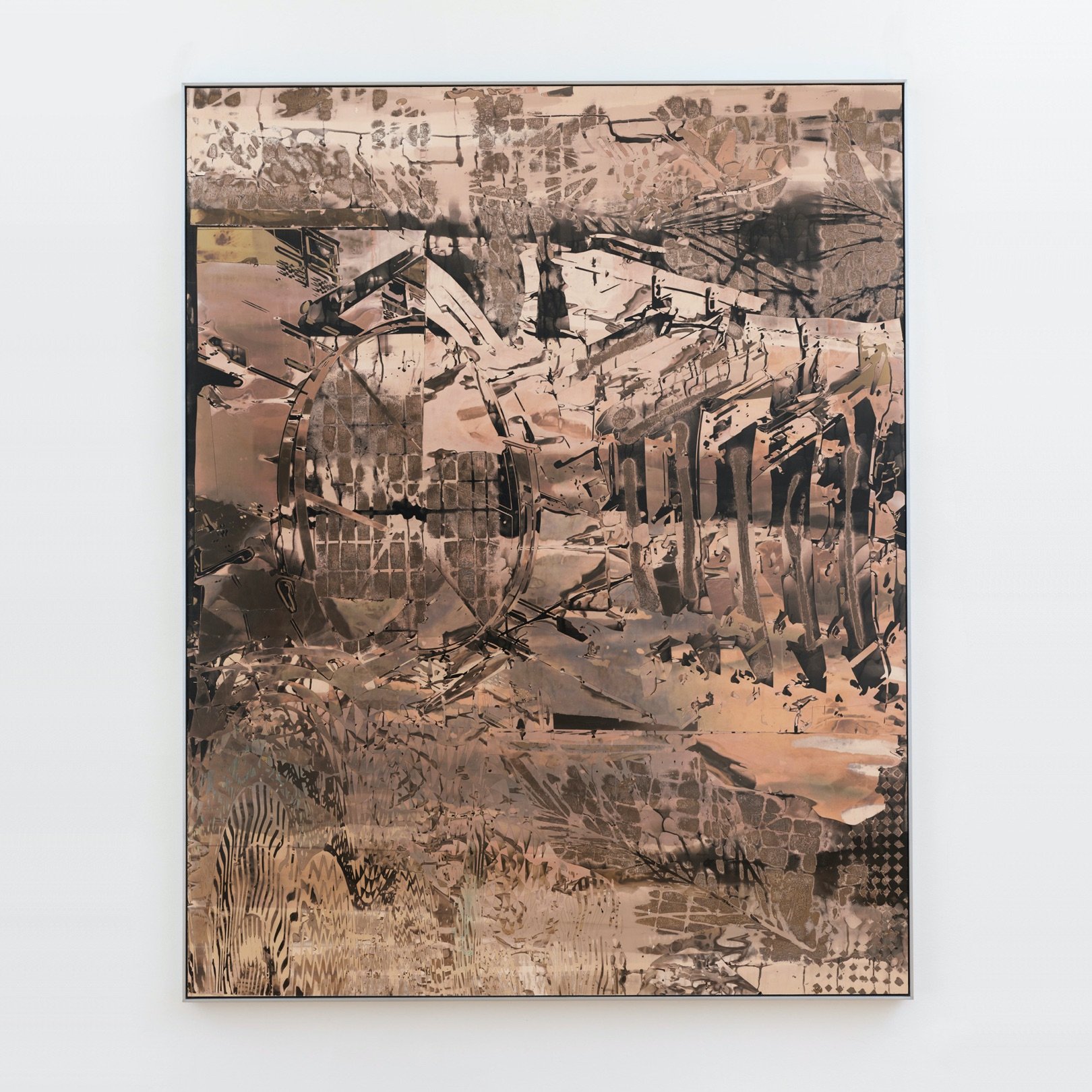 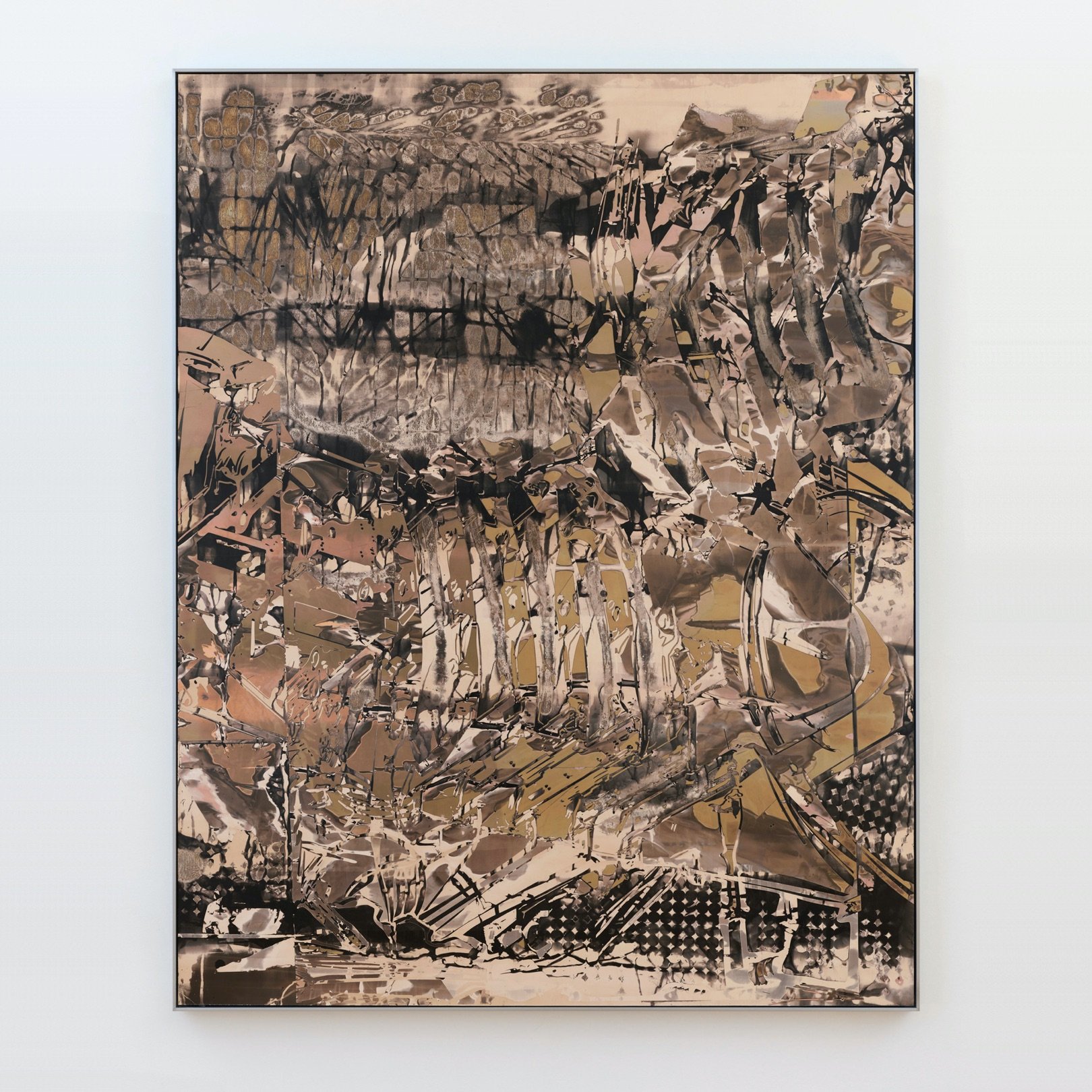 THAT: You’ve mentioned how the psychological component of making work is essential in your practice - can you expand a bit more on how this comes into play?
AK: Working within modes of abstraction, subjective perception is inevitable. I’m more interested in feelings or thoughts my work might elicit from a viewer rather than presenting a limited framework. Art is a language,  we each have our own, and the hope is that whatever comes out gets picked up and freely interpreted,  even if it’s in an unfamiliar language.

I’m not sure if this encouragement of subjective analysis is a product of growing up with a psychoanalyst father, but I actually feel very strongly about refusing a direct narrative, especially working with issues surrounding photography. I think we read images and content too quickly, and our brains are always looking for shortcuts to understand various forms of input, like in the case of pareidolia. This is perhaps an ingrained aspect of our psyche, looking for a pattern, looking for meaning, but given the pace of how we gorge ourselves on media, we are training ourselves to ingest more and more quickly these days. I want to slow our reading of images and share an expanded photographic world that is nebulous and strange and constantly mutable, never fixed.

THAT: What has been inspiring you lately?
AK: My main inspiration has always derived from science fiction, although I’d say its role in my work is implicit rather than explicit. For my show at CHART, I’ve ended up thinking quite a bit about Solaris, a book by one of my favorite sci-fi authors, Stanisław Lem. A few pieces in this larger body of work are related to aspects of this story — even if only in retrospect after making them, as entry points into some of the imagery.

For example, in a piece titled Hiraeth, a pitch-black sky anchors a drawing resembling reeds and reflections. I had in mind an early scene from the 1972 Tarkovsky film adaptation of Solaris. The protagonist is contemplating the reeds and light playing off the water on Earth before heading to the sentient planet; this scene functioned as an emotional tether to home and amplified the disorientation and alienness of the rest of the film set on an unfamiliar planet. Hiraeth is a Welsh word that conveys a deep sense of longing, for a time, a place that may not exist anymore. I think invisible psychological attachments (made visible) are an interesting lens for the film, as in life, we all have these sinuous tethers that tug at us, whether they’re to a mother country, people we’ve lost, the womb… I think this space of loss, memory, and longing is also ripe for examining our relationship with our planet.

THAT: What's next for you?
AK: I have a group exhibition at Each Modern in Taipei that just opened and will be up until April 16th featuring overseas Taiwanese and Chinese artists. A group exhibition in London is coming up at MAMMOTH in May and I’m currently working on a couple of 2-3 person shows in New York coming up as well, late this Spring into the Fall. Best of all, at the mid-Autumn Festival this year, I’ll be getting married to my partner, sculptor Douglas Rieger. 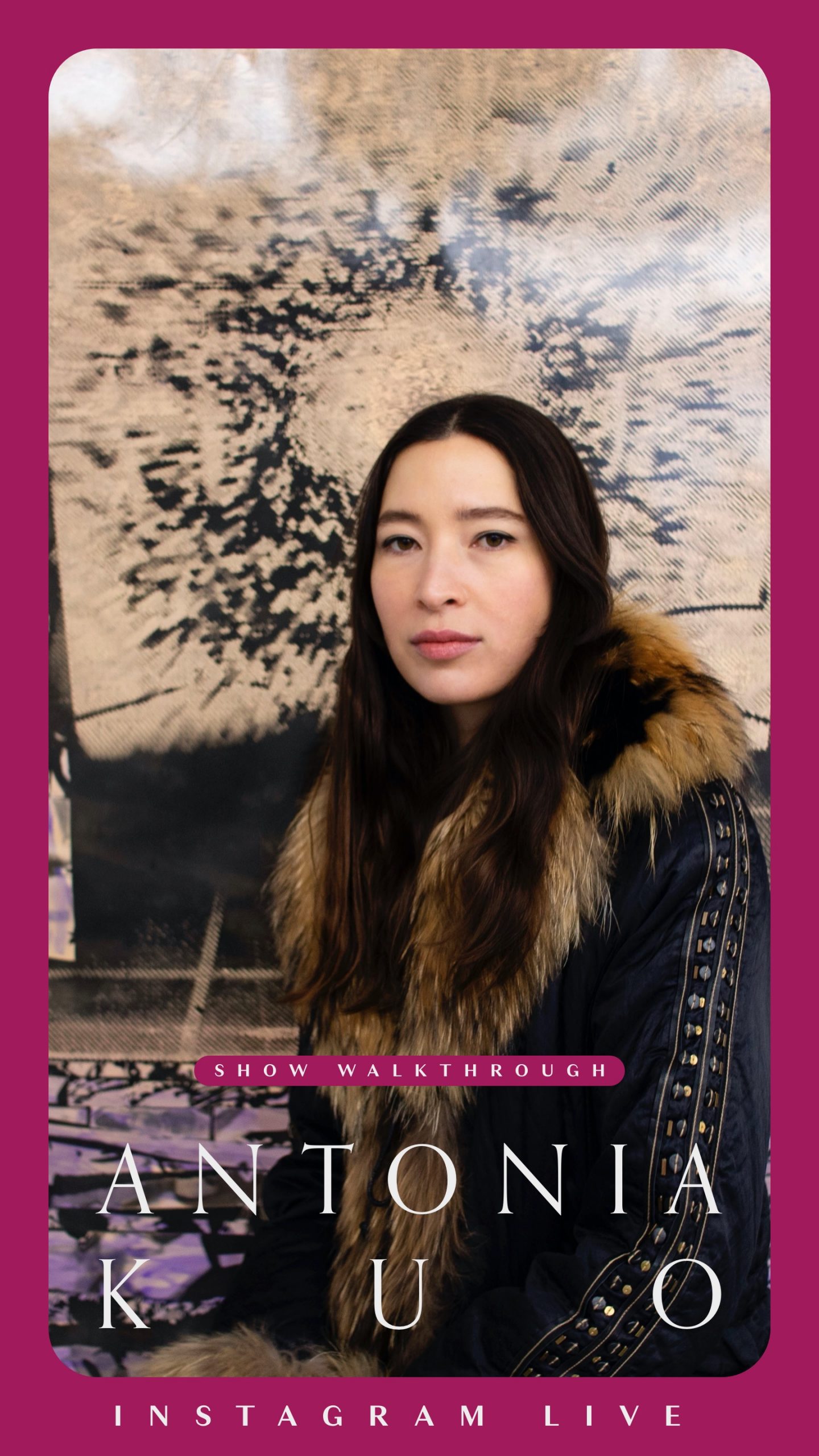