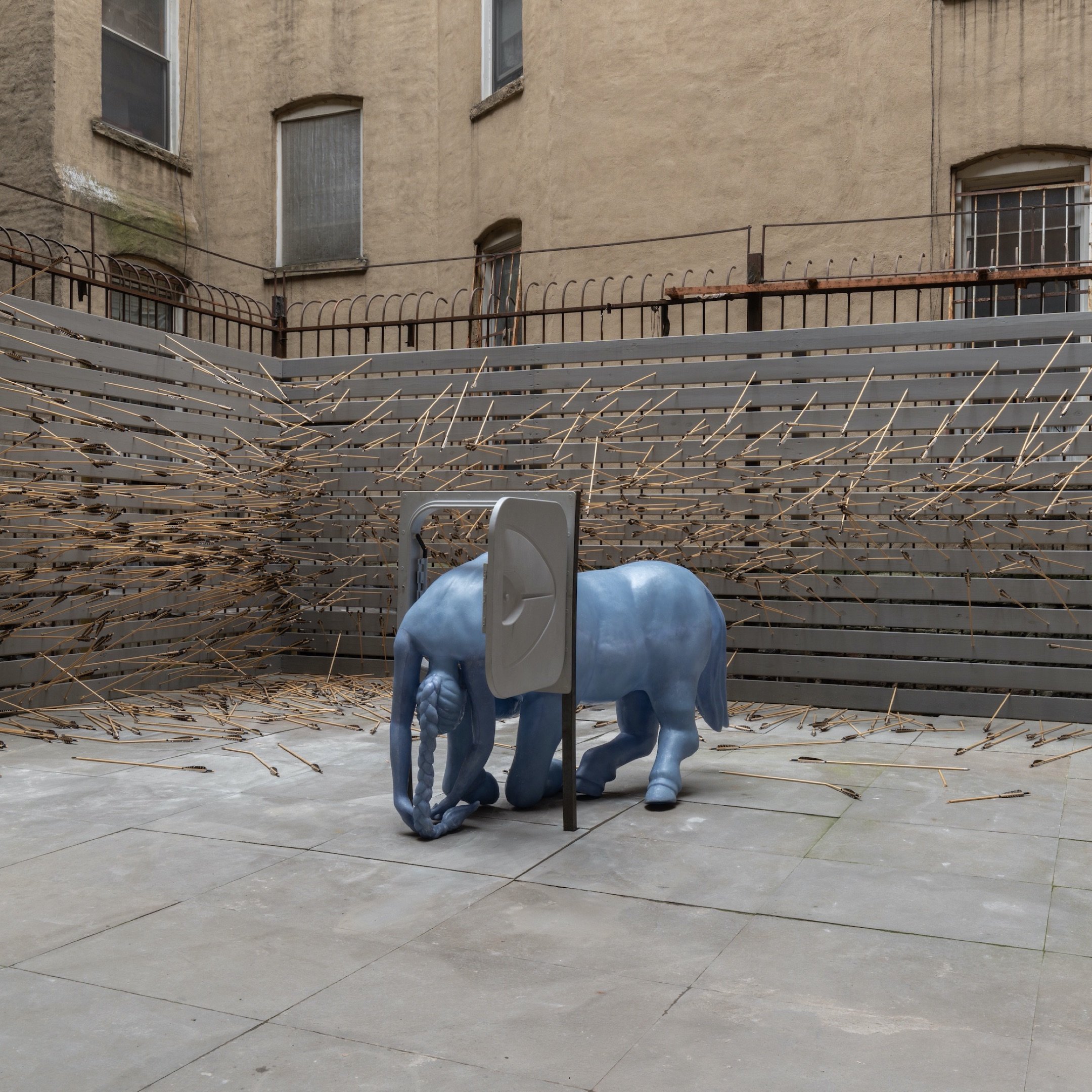 Q: Tell us about your practice

A: I am a visual artist with no discipline. When I am obliged to be legible, I usually speak of desire, subjugation, counter-narratives, self-definition. Historical formation. The body a politicized, partitioned landscape. But I loathe artist statements. My work comes from pain and longing.

Q: Can you share the process behind choosing specific materials in your practice? I'm especially curious about the inclusion of animal-related/adjacent materials?

A: Things accumulate in my studio. There are things I have dragged around for almost ten years, from my late teens in St. Louis. Sometimes I shop late at night on Etsy or eBay and order something like a horse pelvis or a bayonet model used in both WWI and immigration center riots; usually prompted by whatever I'm reading, which might be poetry or history or something else. Sometimes I use the objects immediately, other objects will probably sit around for another decade. I like transforming random crap (garbage, styrofoam, plaster, papier-mache, a truly badly-built armature) into beautiful things because it feels like alchemy and because I like doing things I am good at.

My interest in animality lies somewhere in a slippery field of myth, psychoanalysis, new materialism, and my own feelings around both empowerment and humiliation. Hybridity and racialization are in there. I am not a posthumanist. Mel Chen has more intelligent things to say about animals. I think the kinds of animals that humans love or keep—dogs and horses, recently in my work—take the brunt of ego-driven abuse from humans. You and your ancestors get raped and whipped or bribed into being either useful or entertaining, and your handler then calls this care or love or, my god, symbiosis. You tell me what that sounds like. 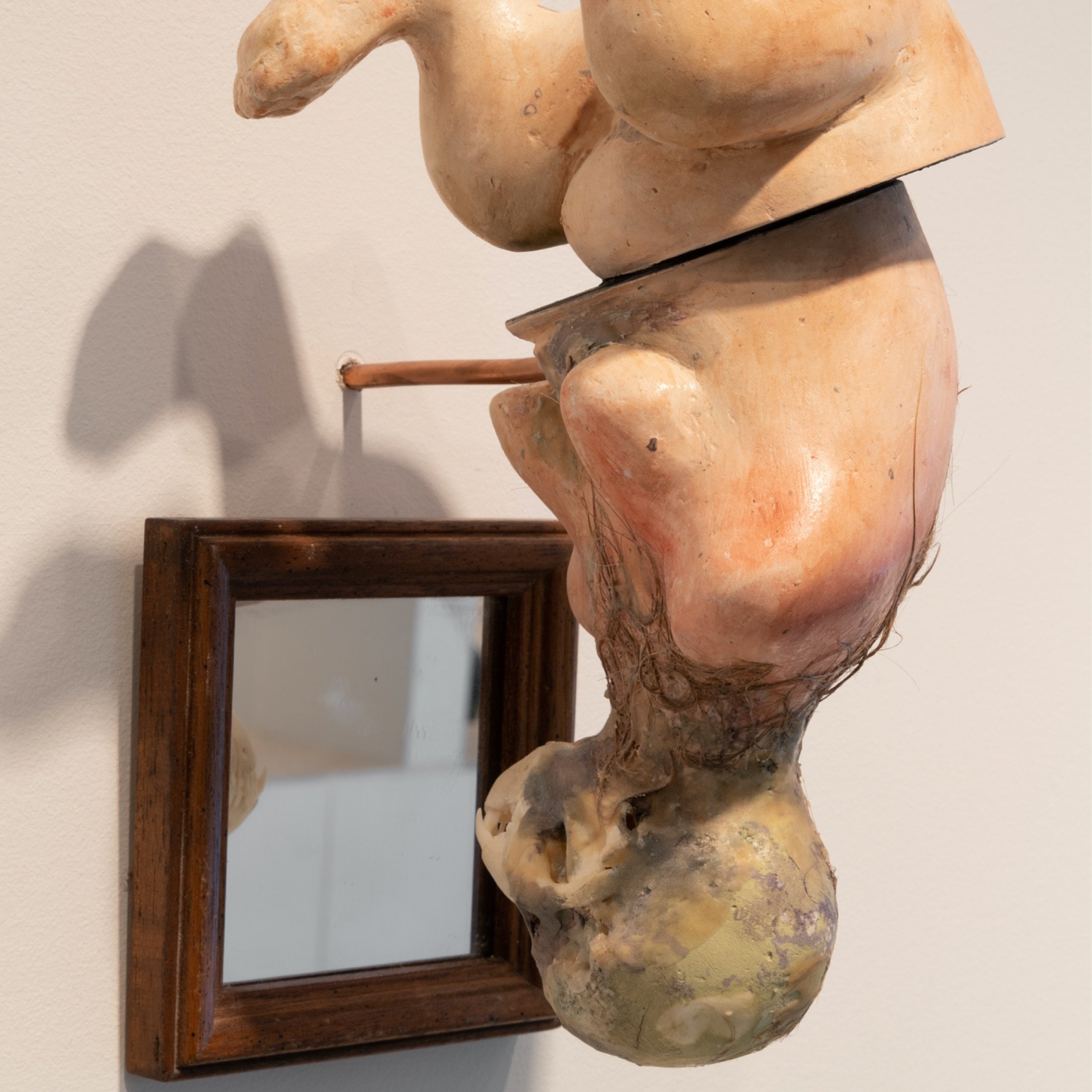 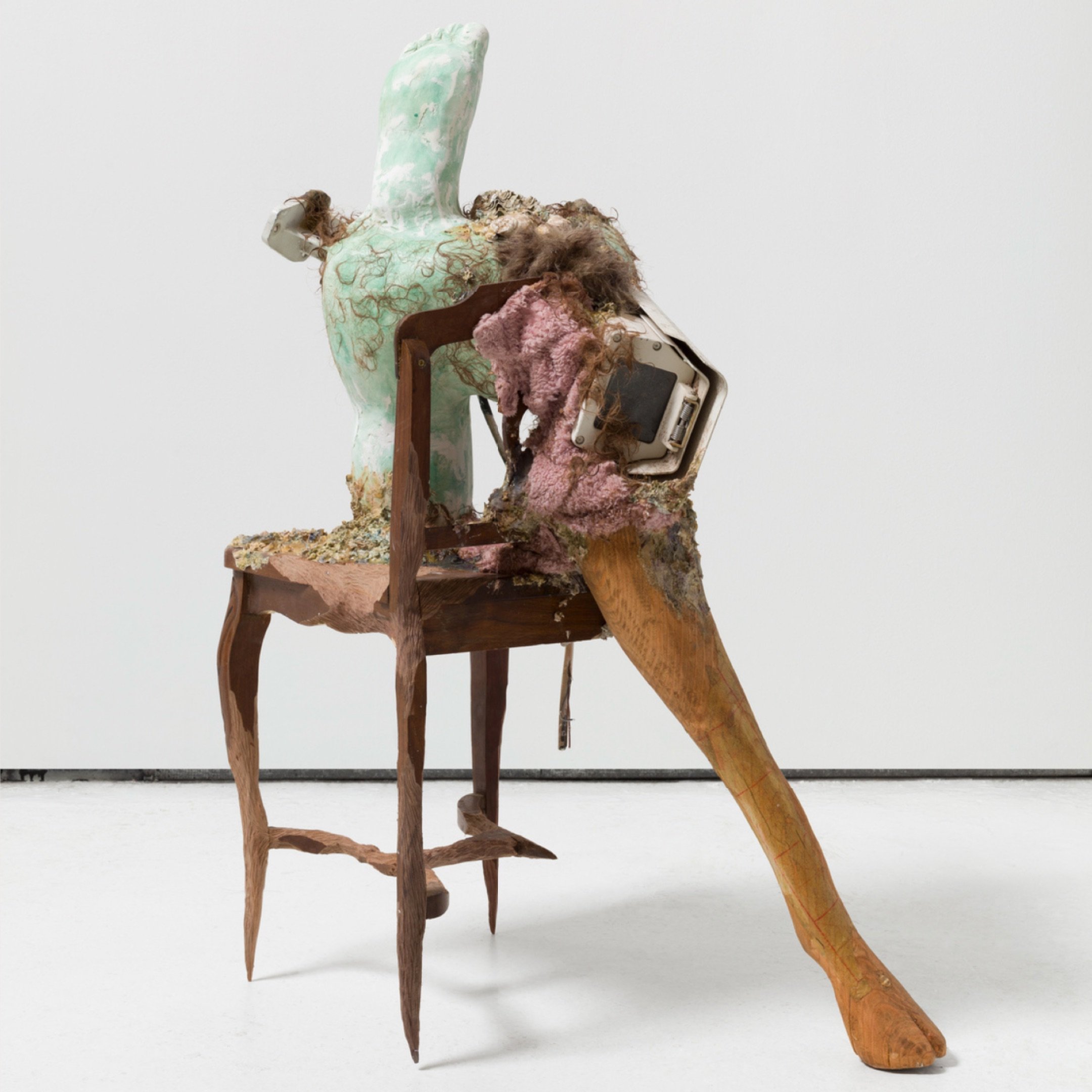 Q: Can you provide some background about the text works that are featured alongside the pieces at Lyles and King? Do you see them as extensions of the works? Or a separate but related poetry/prose?

A: Everything in my work is a kind of collage element—objects, imagery, stories, sounds, research. Language has always been a central collage element. It used to be my own, and then I got too traumatized to produce new language. The language in White Male Ally comes from various sources: Jean Rhys' Wide Sargasso Sea; the physical book from Clarice Lispector; Anne Carson writing on Rome and wolves; Anne Dufourmantelle writing on risk; and Lisa Robertson, whose book Magenta Soul Whip (in which she writes, sometimes in Latin, through history, empire, eros, and everything around and in between) is pictured in Exorcism Vessels.

In my process of assembling materials, my aim has been to work more intuitively than didactically—privileging the erotics over the hermeneutics, as Sontag once advocated. In this show, I brought in texts that evoke strong emotions and memories in me, and that express or reflect or refract what I am not able to articulate. The texts are not extensions of the works, rather integral infrastructure of the works.

Q: What has been inspiring you lately?

A: I am always inspired by whom I call the two white Annes: Anne Carson and Anne Boyer. In real life, I have fraught relationships with white ciswomen. But in writing, some of them really get me. I have also been thinking a lot about Pedro Almodovar. I need to watch more of his films, but I am drawn to the incredible generosity of his writing, and sense of humor, and how he takes risks without dwelling on or being masturbatory about the risks taken. Perhaps this can be called graciousness. Or dignity. 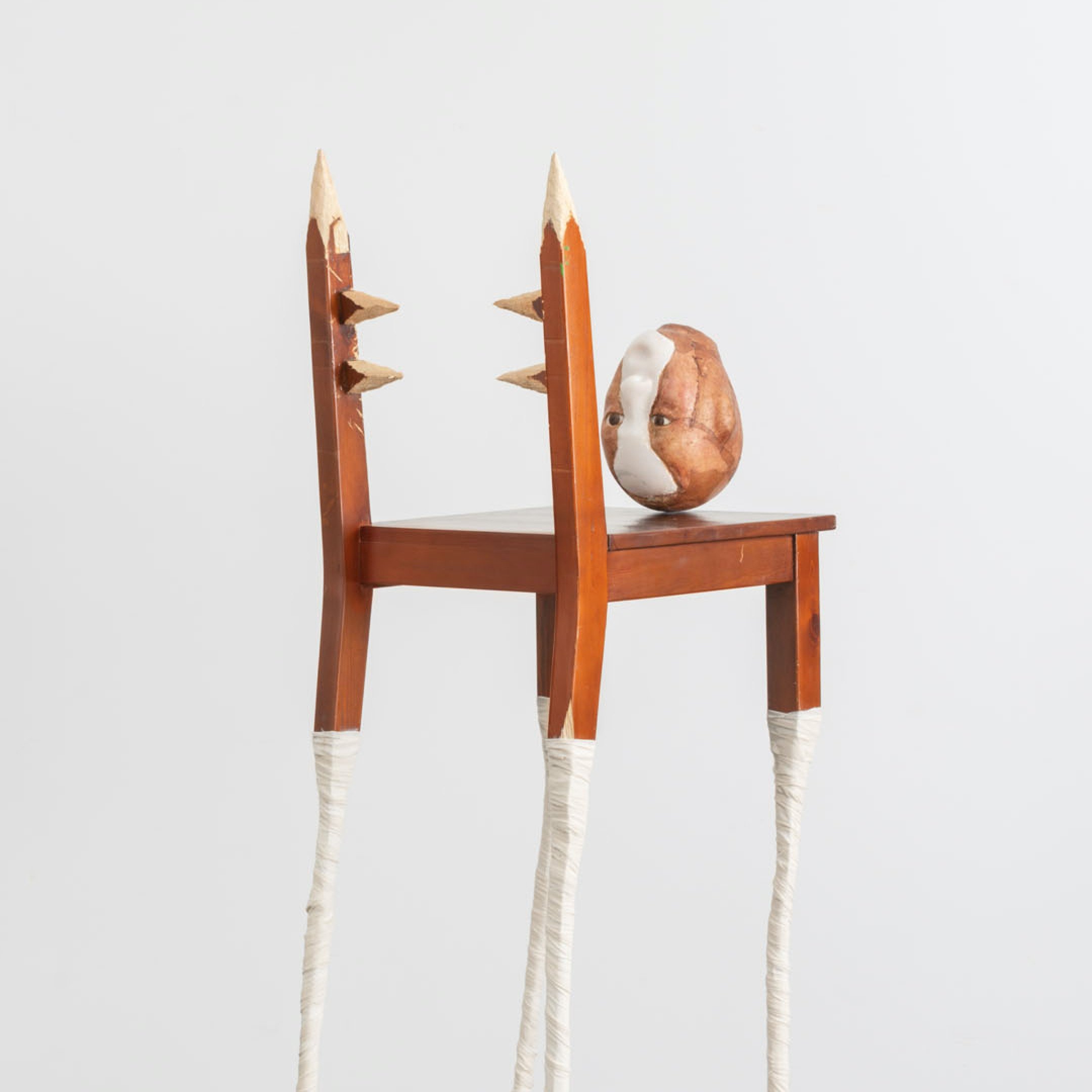 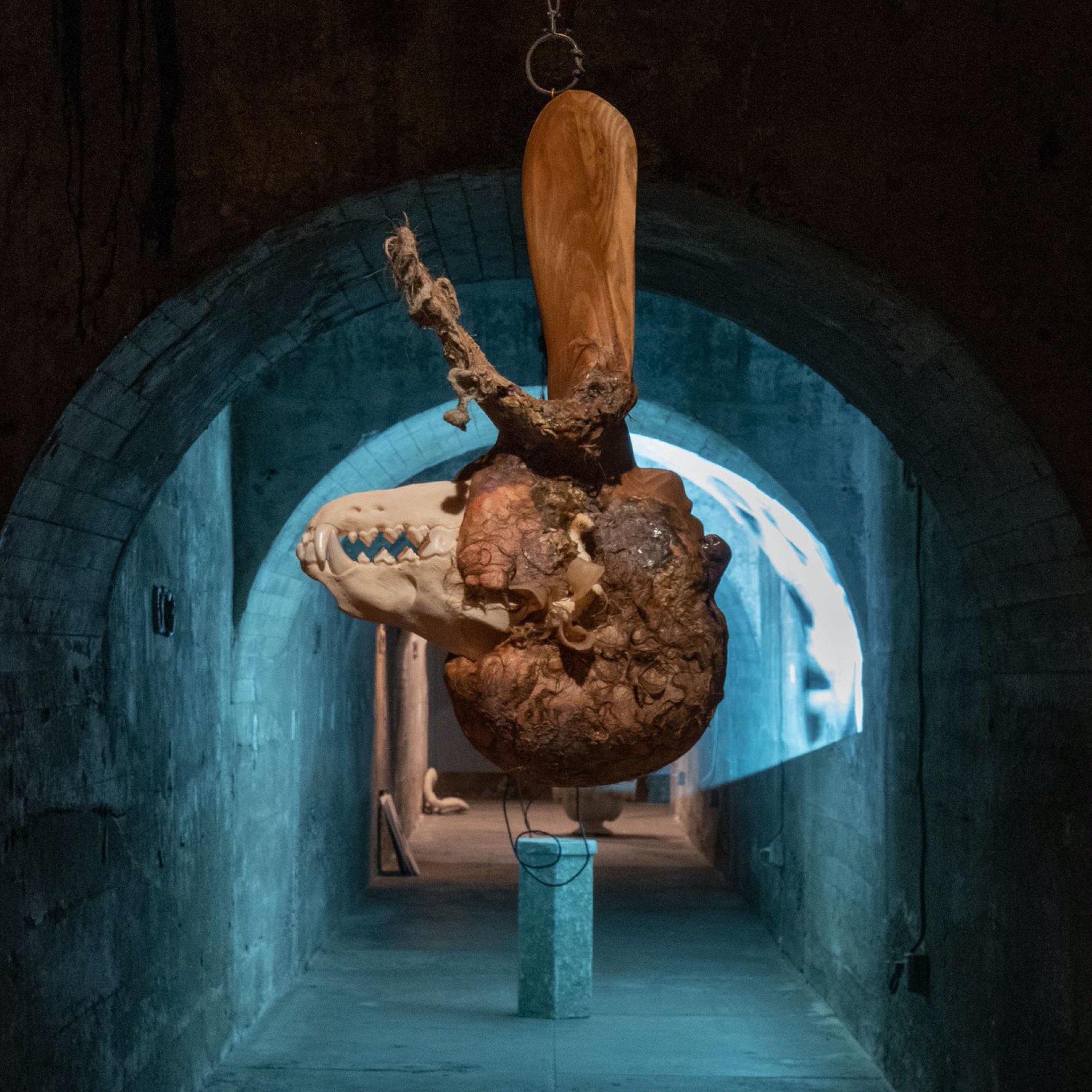 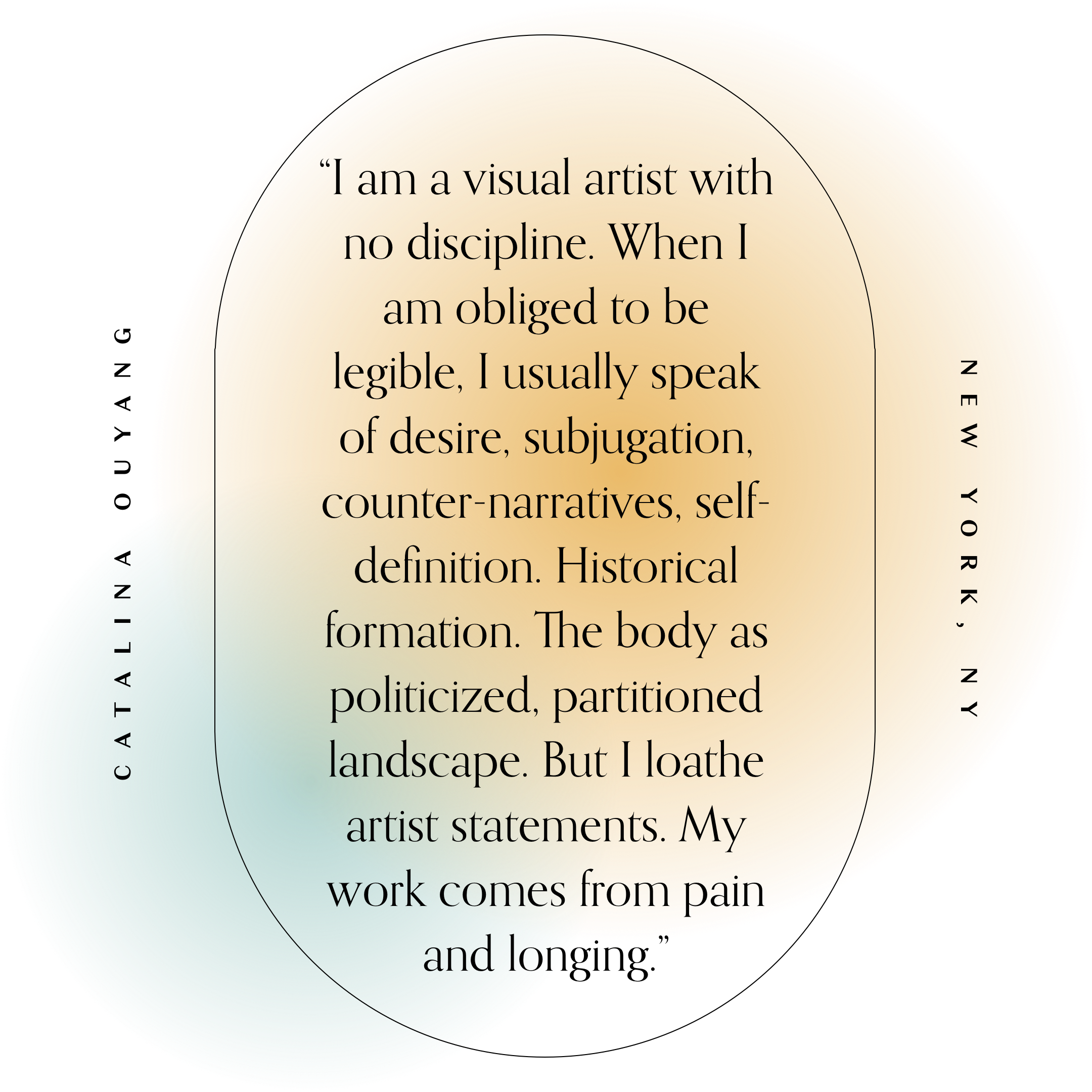 “I was initially drawn to Catalina’s practice because of the participatory nature of their work. Through all the different mediums they work with, there is an irresistible call to the viewer to get close and fall into the world they create. Once there, I cannot help but feel equal parts in awe of the craftsmanship and deeply contemplative of my own experiences with love, loss, and trauma - It’s a place I can to sit in for hours and hours.” 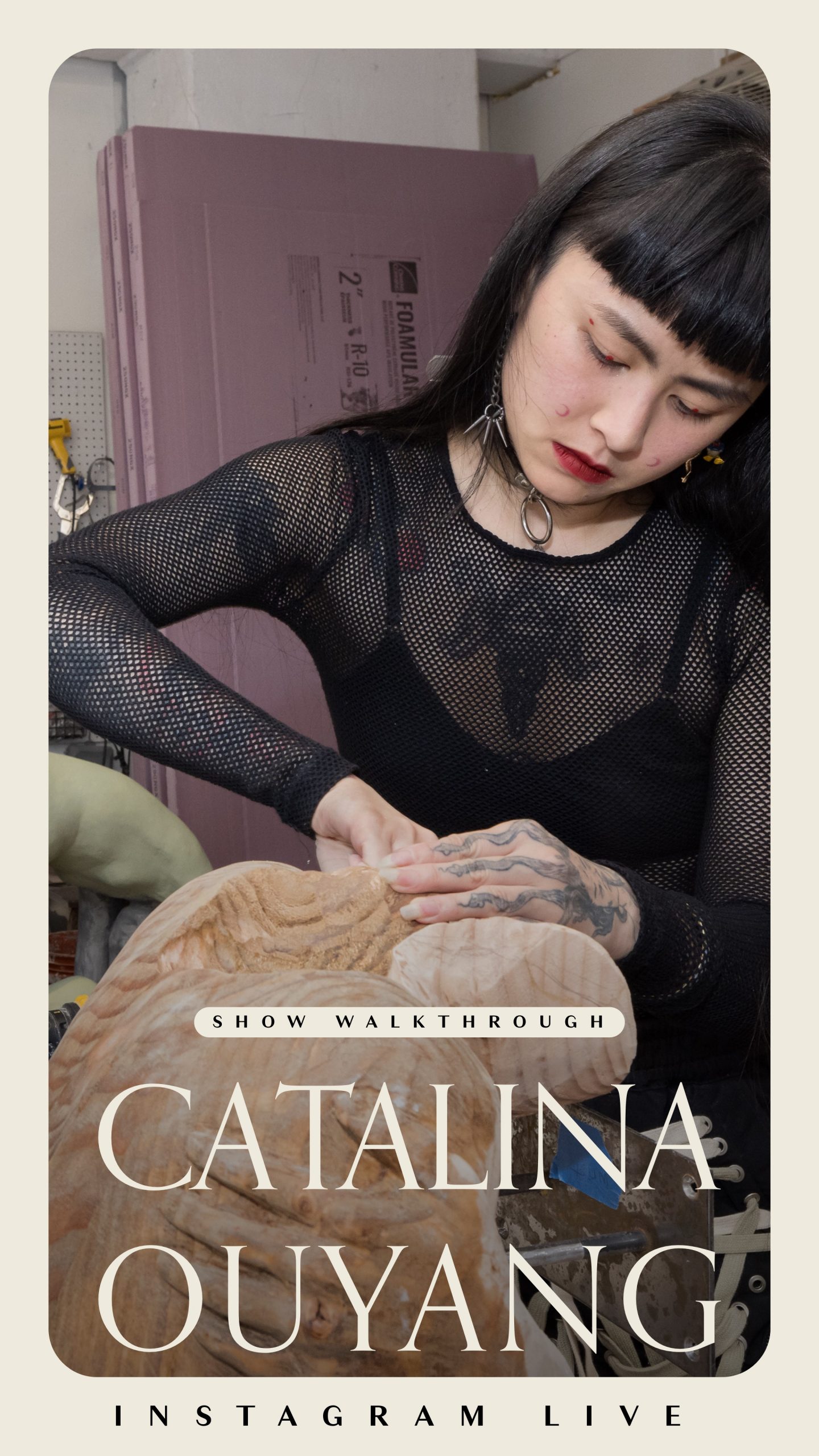