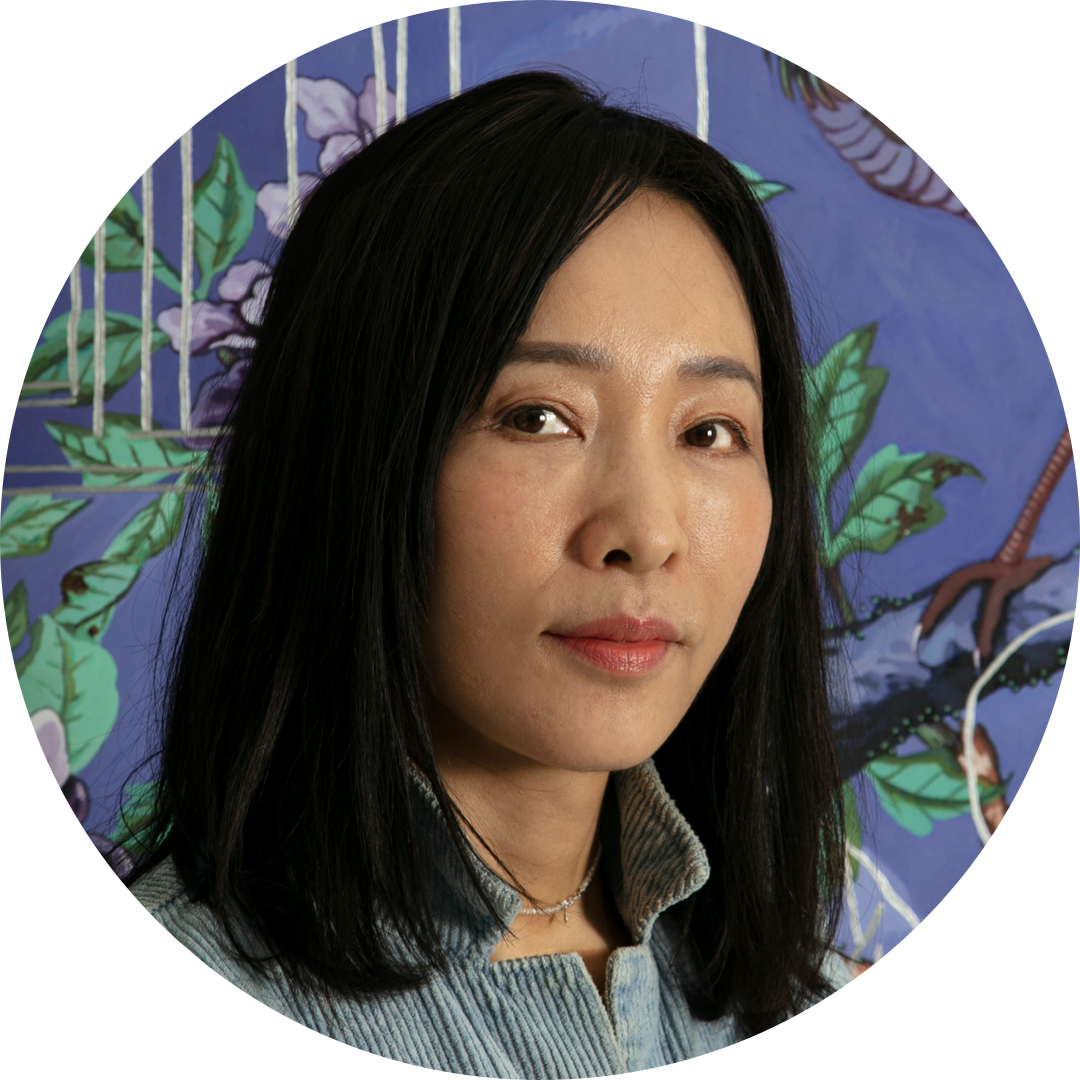 THAT: Tell us about your practice
KS: My current body of work explores my family’s histories, identities, and migrations by interrogating global colonialism and capitalism, their relationship to and effect on who we are, how we see, and what we know. My work asks a myriad of questions surrounding the complex entanglement between faith, positions of power, and the exchange and mutation of cultural and intellectual capital between the east and the west.

THAT: The theme of hybridity is central to your practice. Can you tell us about how you expand that notion within your practice?
KS: The central investigation in my work is how identities and cultures are intertwined and creolized as a result of the global exchange of goods, cultures, and colonial expansionism. In my current work, I look at this through the lens of my family by using my family photographs as historical records and my family narrative as Korean Christian ministers who immigrated to the U.S. from Korea as a historical narrative that represents a cross-section of this global exchange.

THAT: Your paintings collage both familial and historical imagery in what feels a very considered way. Can you tell us about what your creative process is like (from sourcing images to painting a composition)?
KS: Usually, I start with a family photograph that resonates with me. In “to the beauty and slake of a monster's appetite”, I started with a group photo of young Christian ministers including my father. I wanted to present the “Asian Bodies” in a heroic, dignified way in my artwork.  In a painted layer over the photographic image, I painted an 18th-century chinoiserie wallpaper design that presents a fictional group of Chinese men in leisurely activities, a section of a 14th-century French manuscript that depicts a priest and a merchant on a boat as if about to embark on a journey, and a 19th-century Korean Shaman painting of a tiger.

In “Three Magi”, I started with a 15th-century painting by Andrea Mantegna, “Adoration of Magi”. I was interested in this painting because of the Chinese porcelain cup depicted in the painting.  This shows how precious this imported porcelain was in 15th-century Europe, worthy to be a gift for the Christ child. In a juxtaposition to the Virgin Mary and Child, I overlaid a photo of my mother and my baby sister. I also painted a Korean still life from the 19th-century which also represents imported Chinese porcelain, and Korean chinoiserie, completing the circle that connects the loop between Europe, China, and Korea.

THAT: Chinoiserie is referenced in many of the works - what drew you to that as source material?
KS: Chinoiserie artworks from Europe present a vision of the “orient” in various fantastical, exoticized, and distorted manners that fascinated and disturbed me. Chinoiserie porcelain objects in Baroque and Rococo European courts were embellished with gilded handles attached to the porcelain objects. When I first saw these Frankenstein objects, I related to them as a sort of mirror of myself as an Asian immigrant in the U.S., embodying Western ideas and cultures in my Asian body. As I researched deeper into chinoiserie, I learned about its evolution from the early exoticized and idealized depiction of the East to the later period where Chinese subjects are infantilized and disfigured as Europe’s relationship with China became strained as the trade imbalance grew bigger and China proved impossible to be Christianized. I realized that it’s a rich material for my artwork. 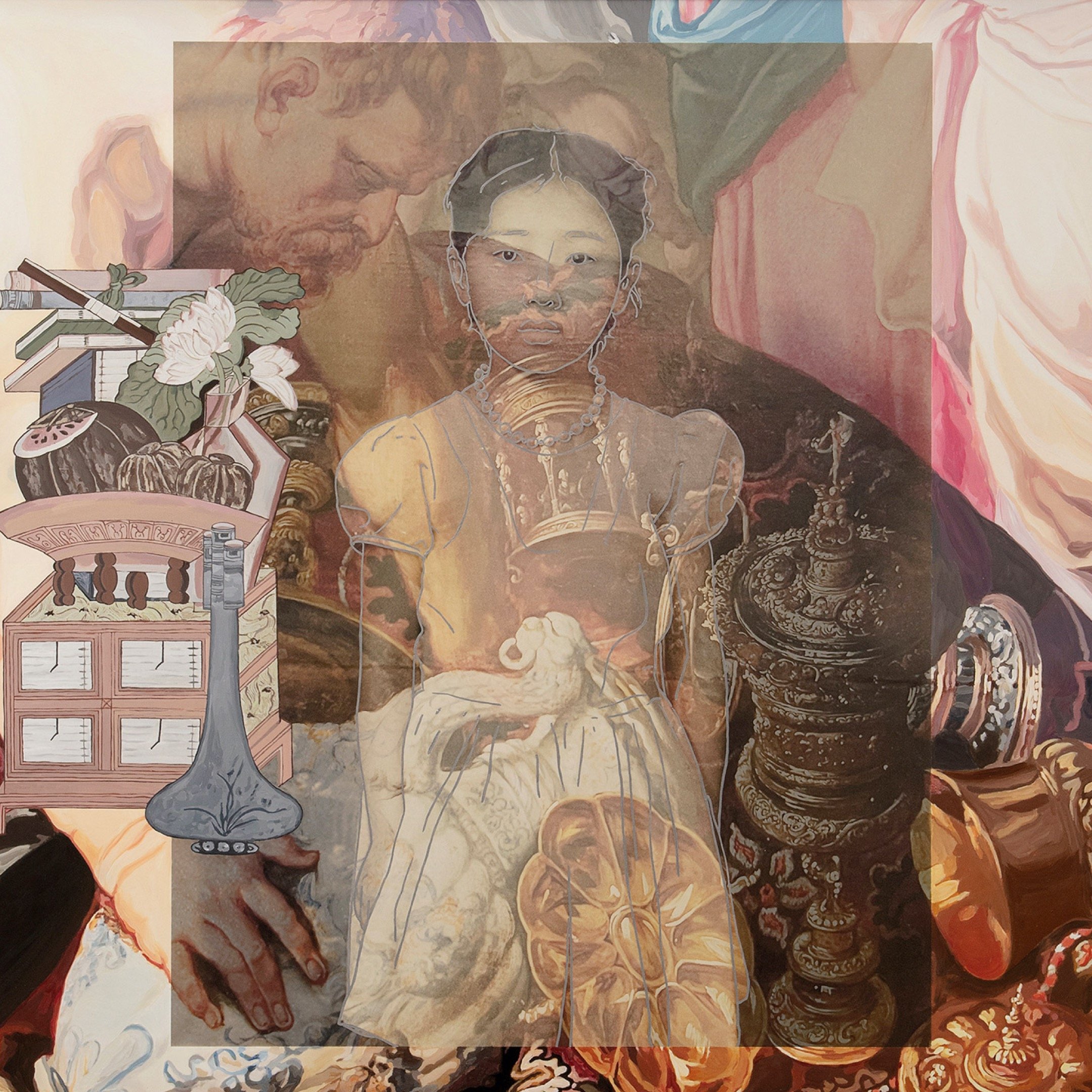 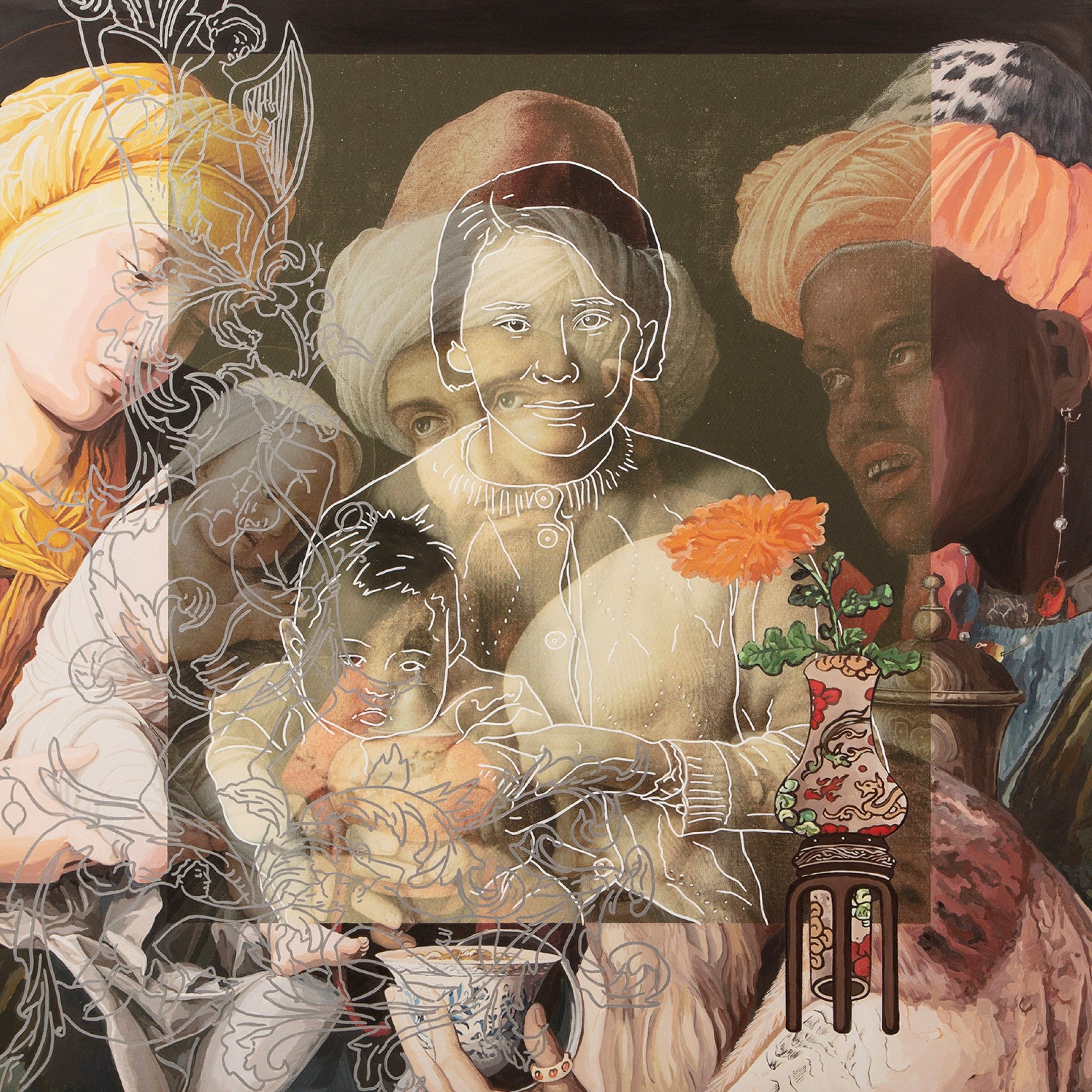 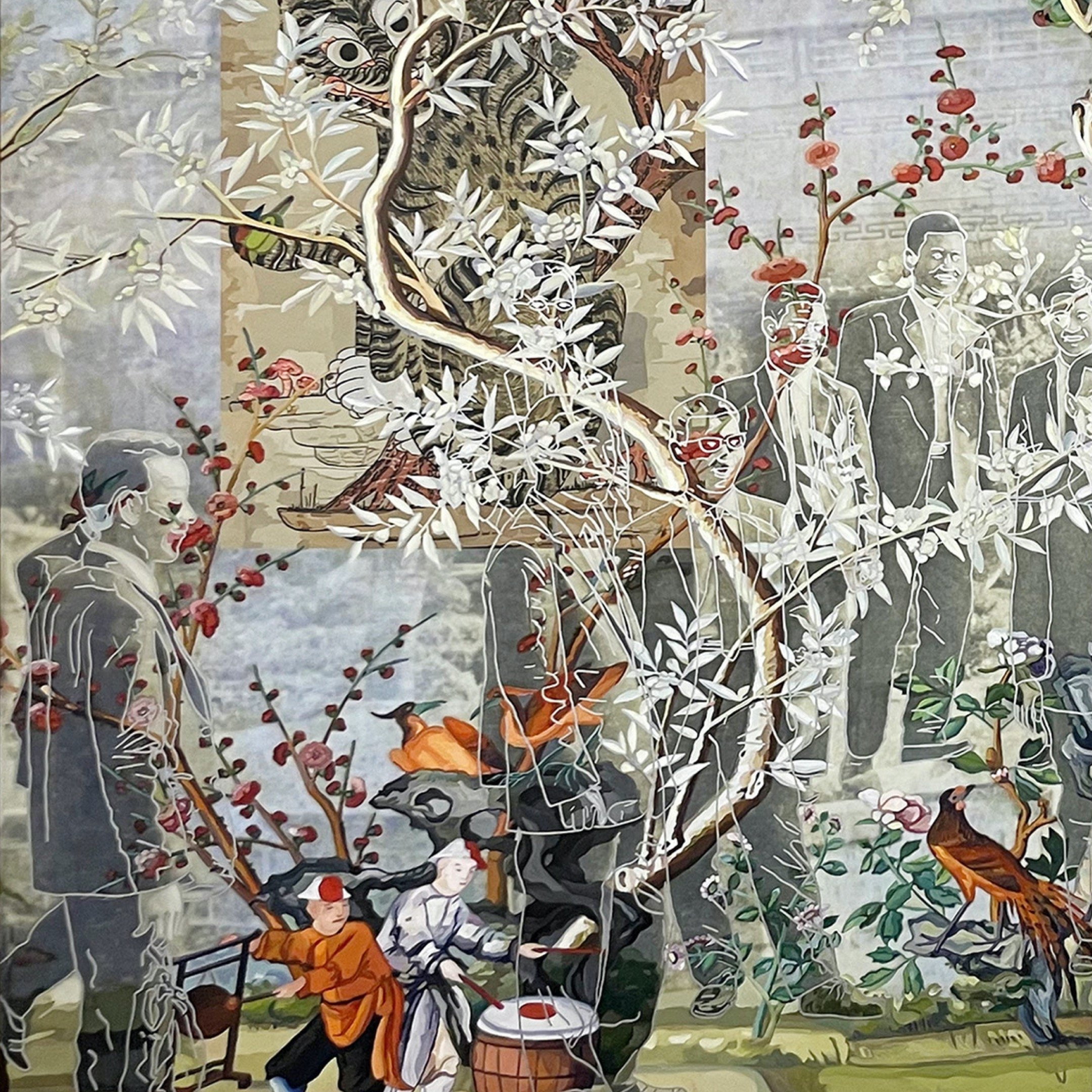 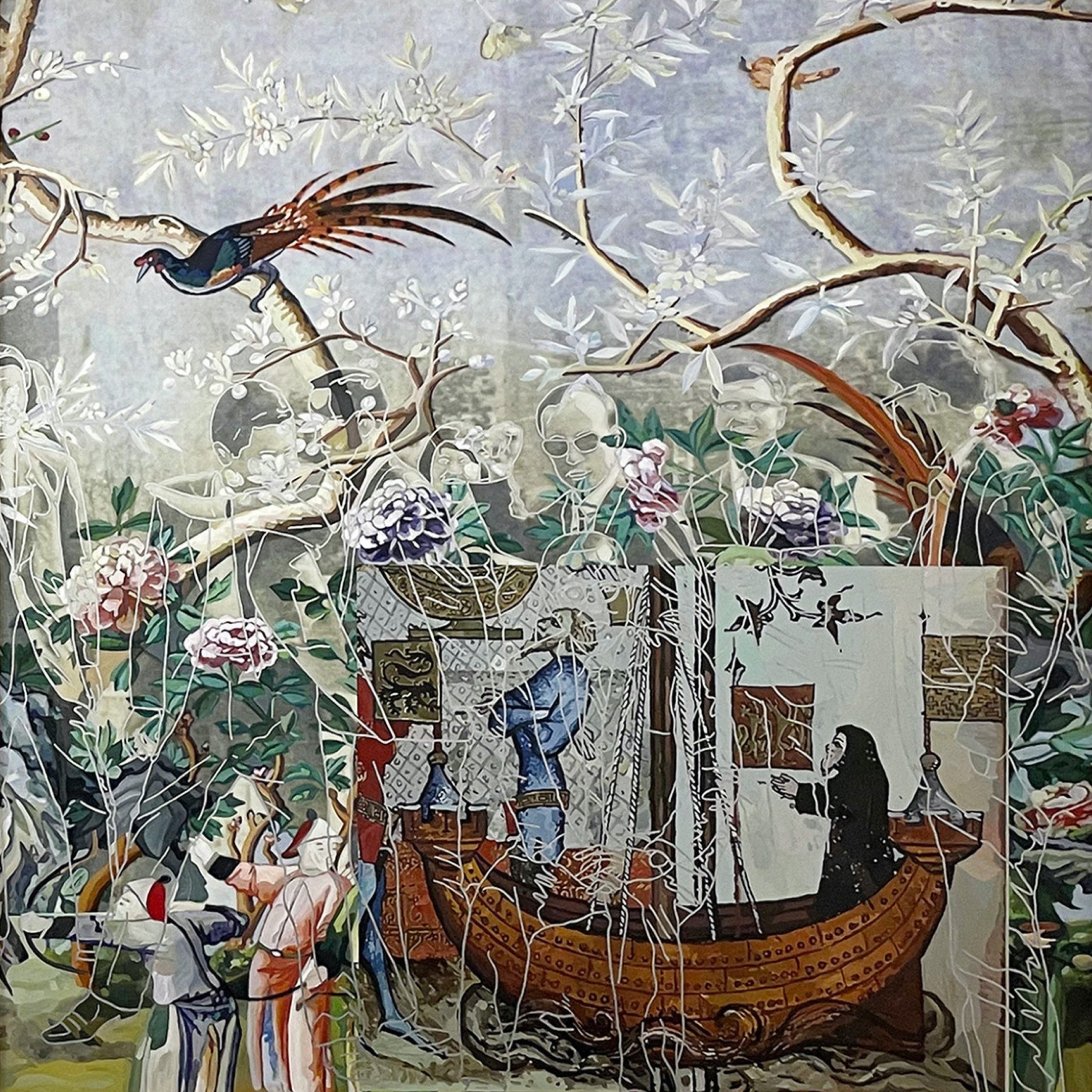 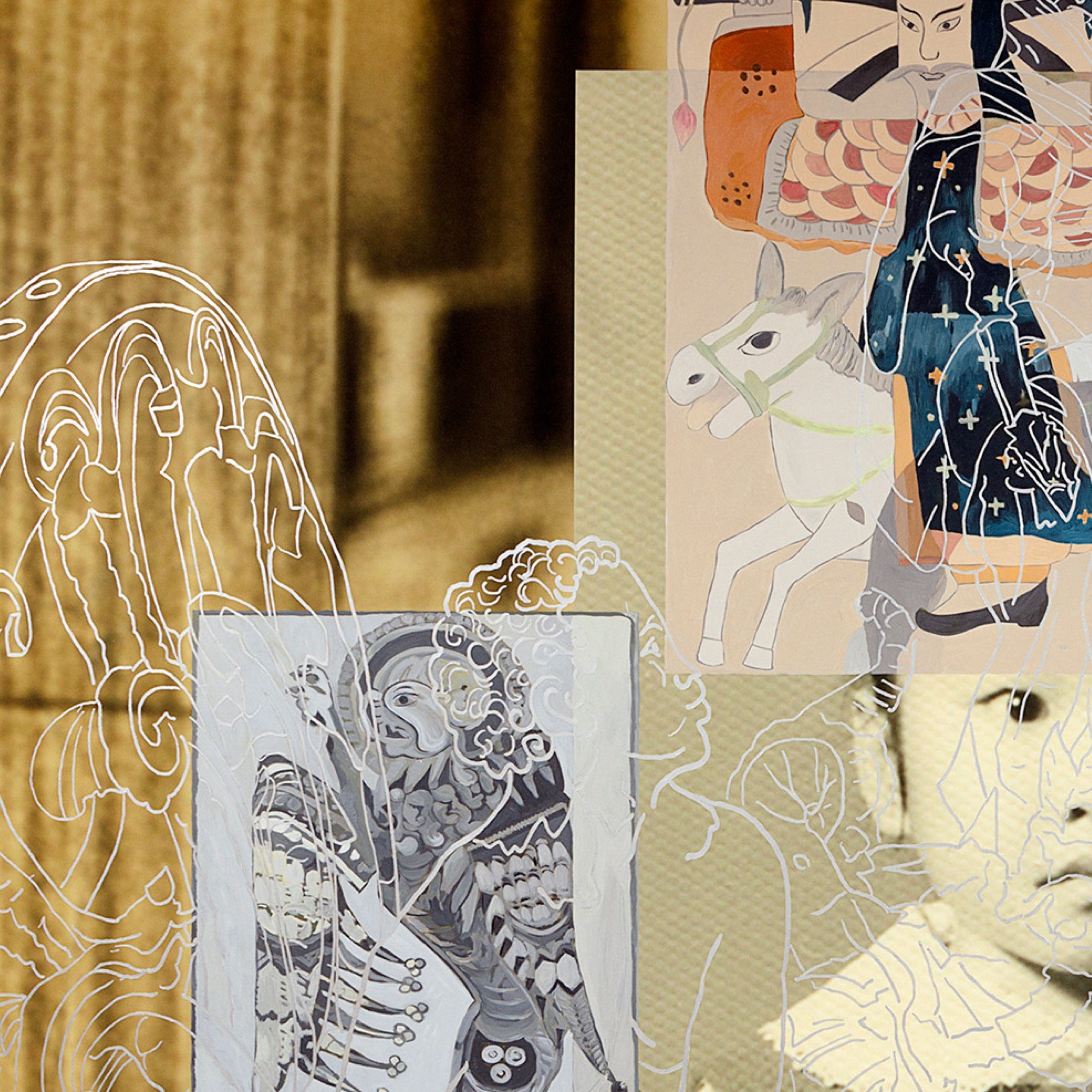 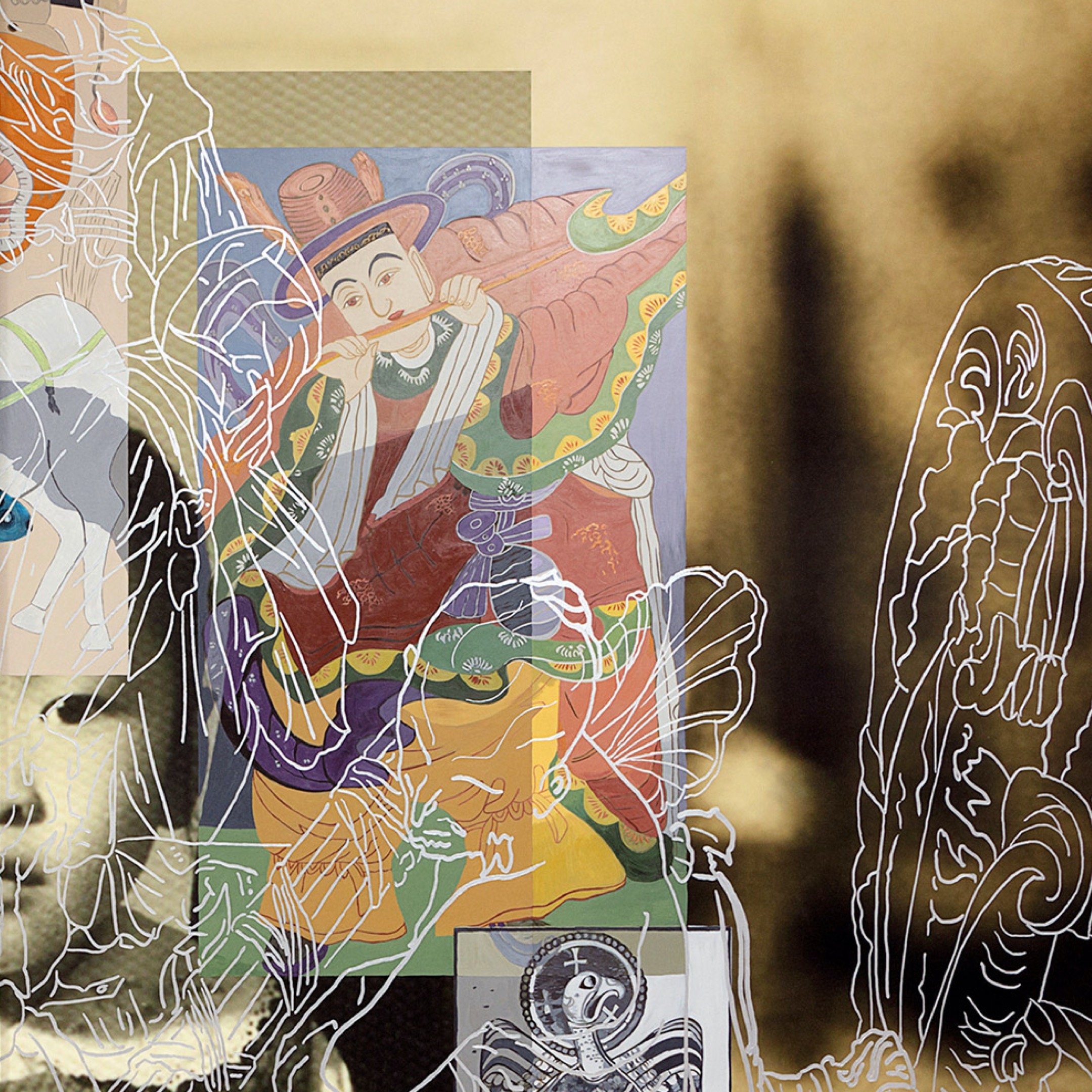 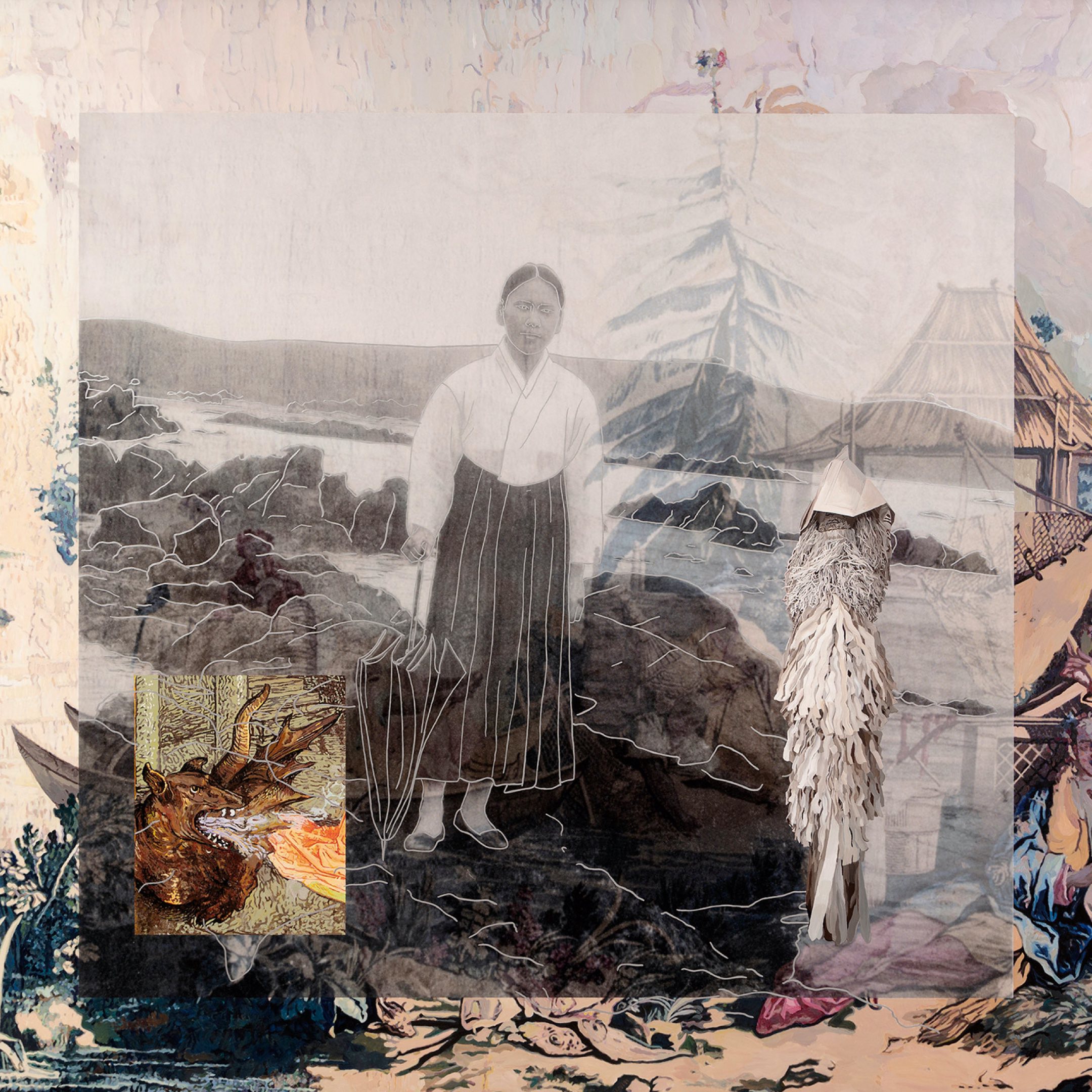 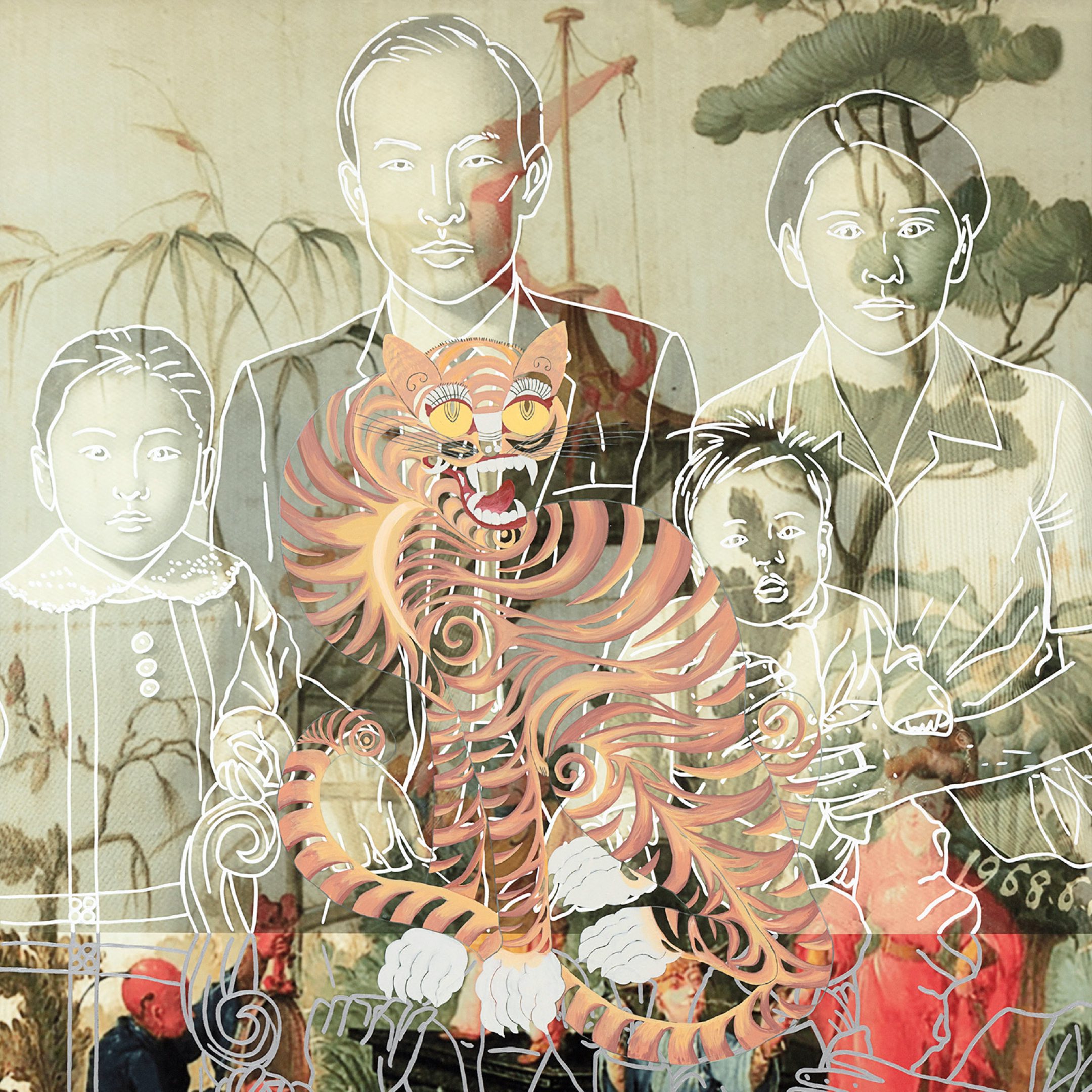 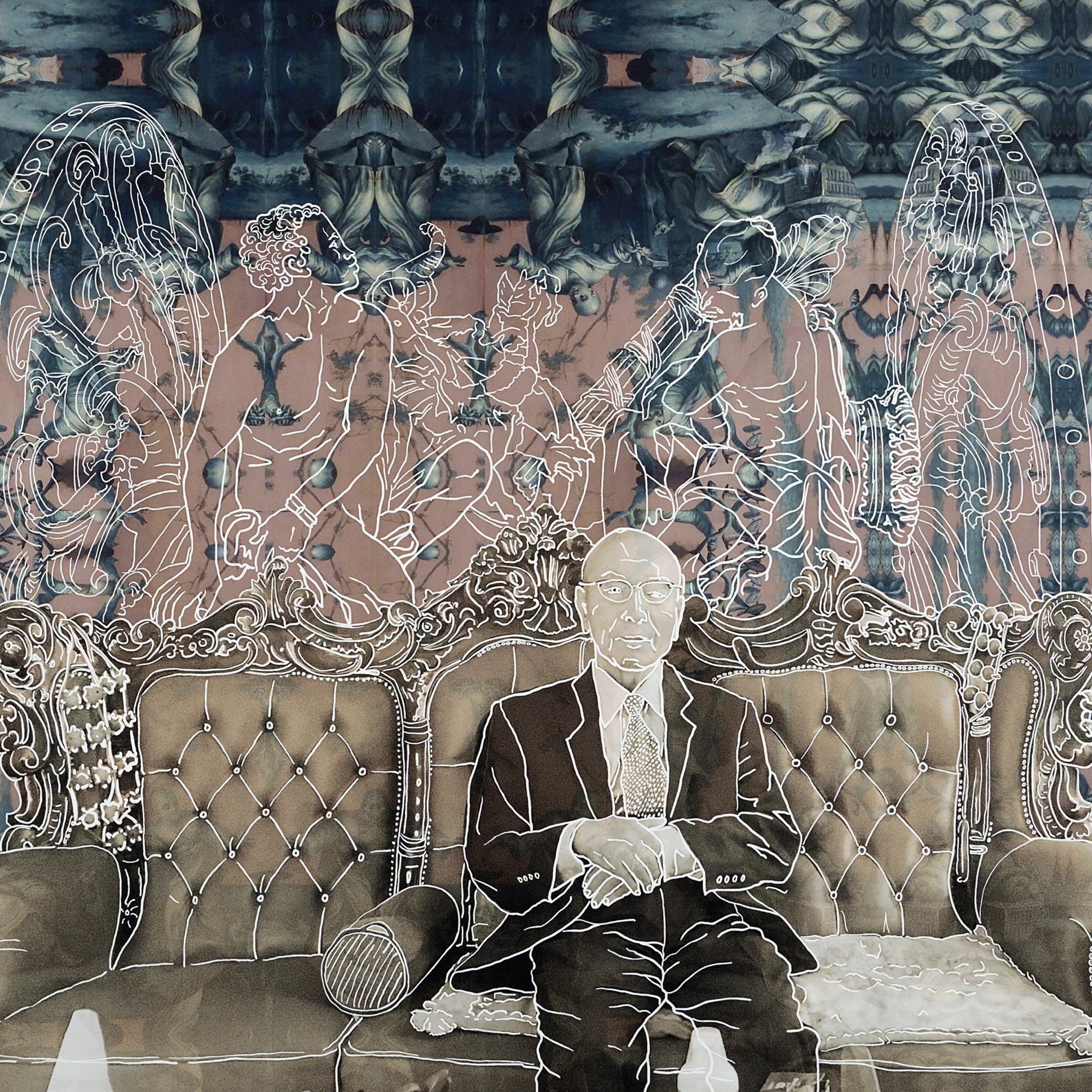 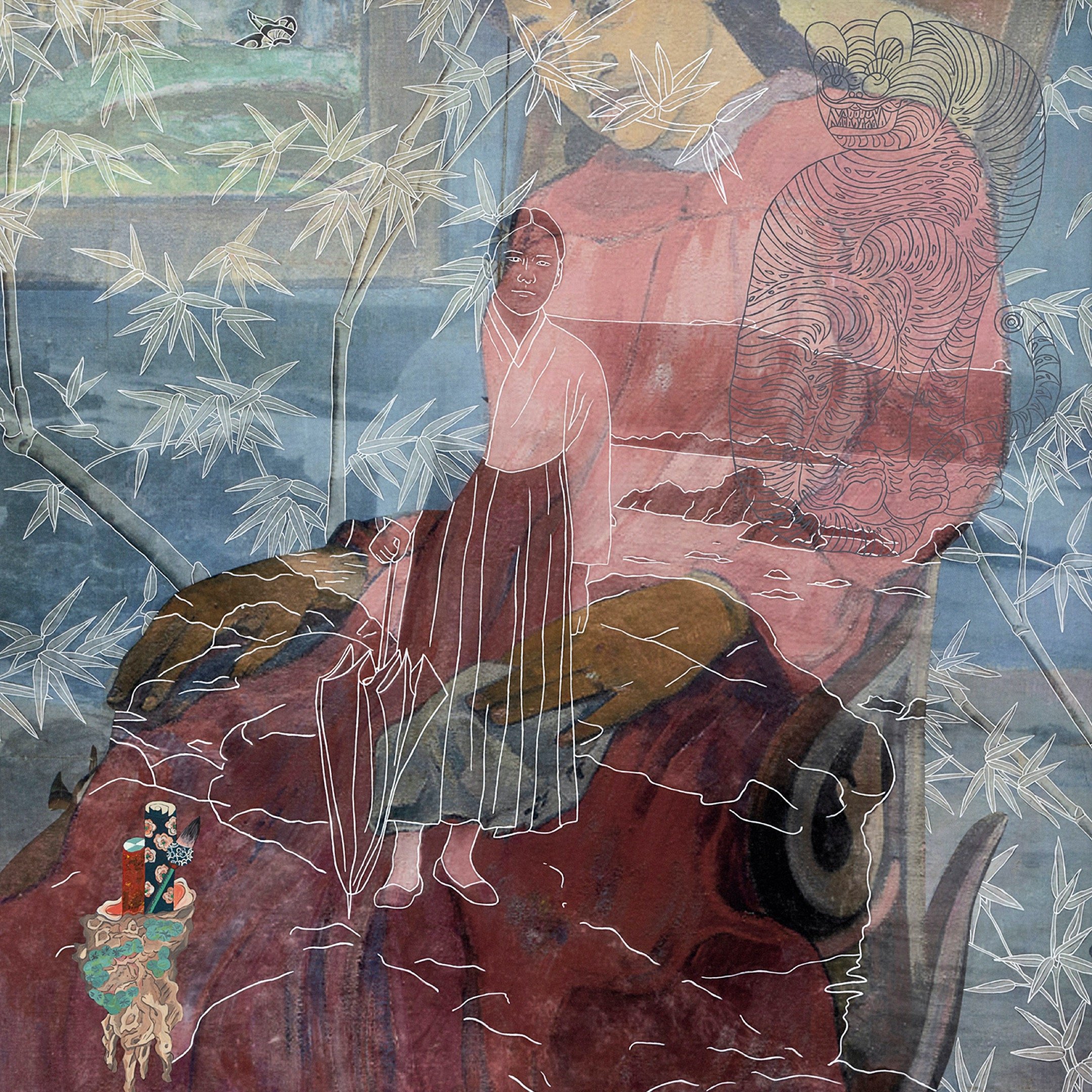 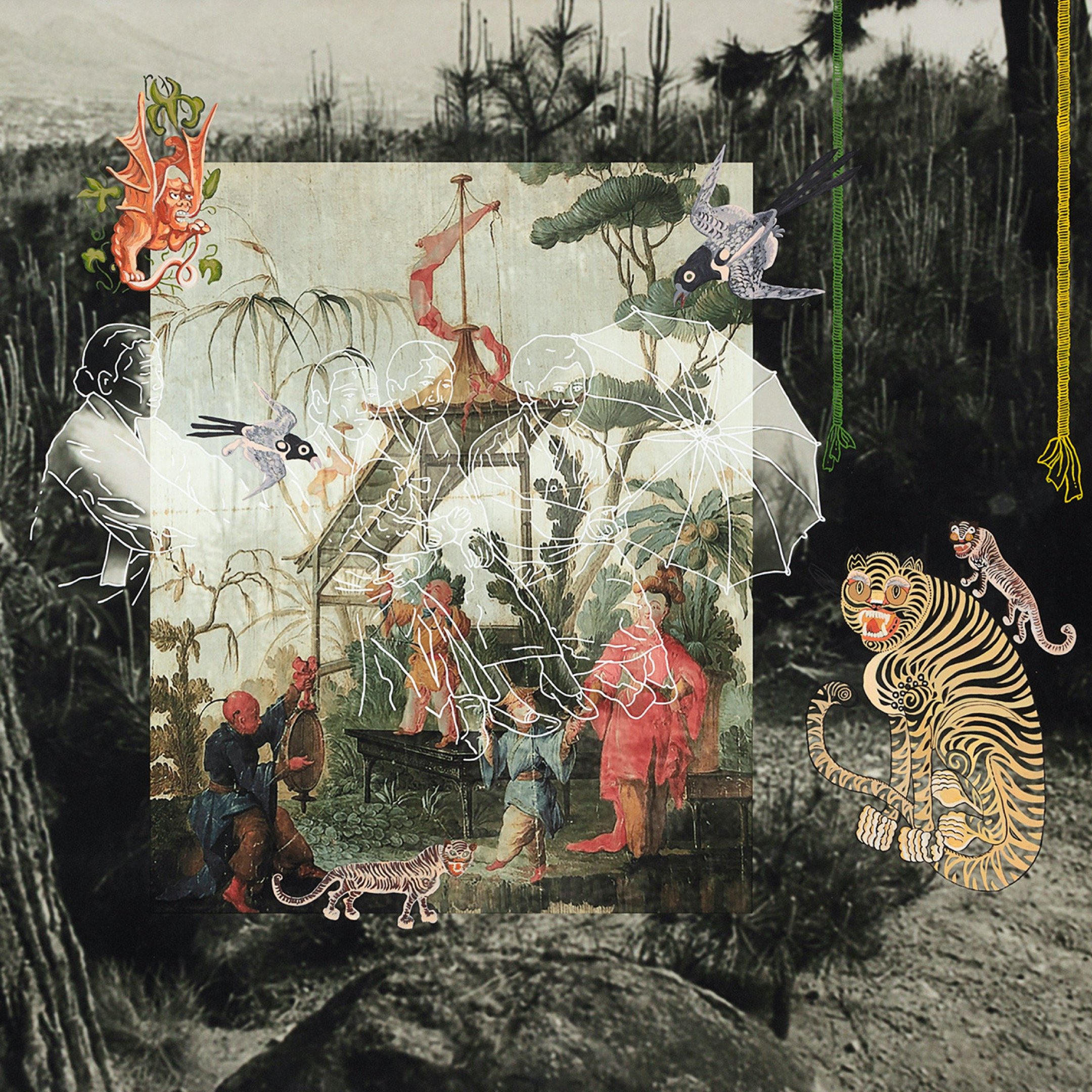 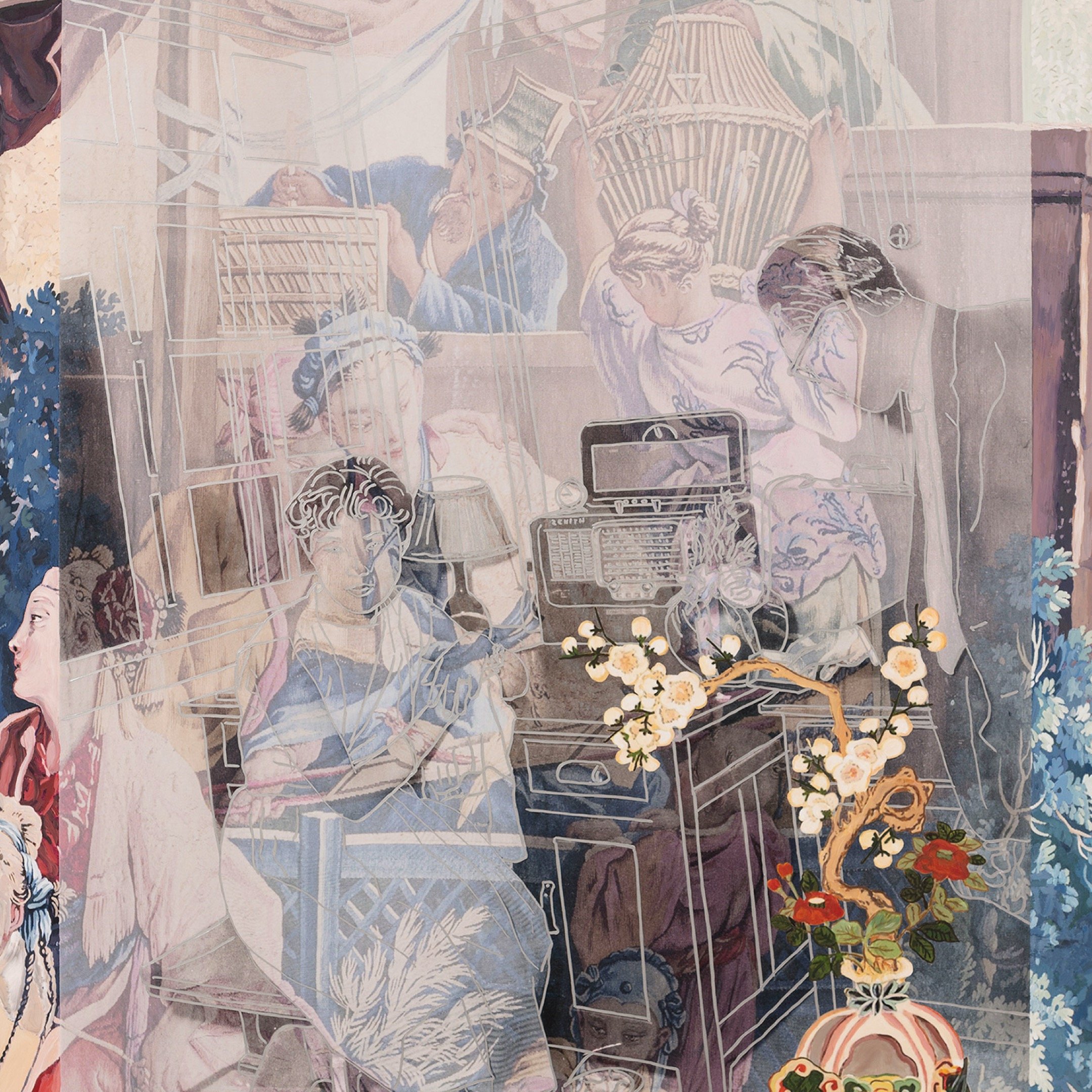 THAT: You have an entire practice centered around public art - can you tell us about it? Is there ever a connecting point between your public artwork and your studio practice?
KS: Public art was how I made a living for the last 15 years. It began as an attempt to make large-scale work with funding. As I developed my public art practice, I developed a practice based on research about the history and context of the project location. After completing over 20 projects and developing over 40 projects as a finalist, I realize this process had been a rich masterclass in creating research-based artworks.  I learned about U.S. history in a jigsaw puzzle from learning about early European settlements in Philadelphia to how tobacco crops grown with slave labor were how the US was able to survive as a colony, to the native American histories from all over the U.S. My current work comes directly out of this research-based approach. I think my ability to look at my family photograph as historical records was a result of my public art practice.   I learned how to make artworks with layers of meaning, pulling from historical and contemporary contexts, and how to navigate and present complex narratives in my work.

THAT: It’s interesting to see that at school you started with a science background before going for your MFA - what was the turning point that pushed you toward art?
KS: I initially went to a medical school in Korea before coming to the U.S., and my 20s were a constant going back and forth between art and science. My initial foray into art was a drawing class I took at night class, which revealed a talent I did not realize I had. I was frustrated at the time working as a chemist at a pharmaceutical company, not in a medical school as all my friends in Korea were, and this new possibility in art gave me hope. My mother had just passed away, and I made a series of works about her life, and the potential for this kind of meaning-making through art opened me up to a possibility of a life as an artist.

THAT: What has been inspiring you lately?
KS: I am in love with the creative process at the moment. For me, there had always been a fear factor in the creative process, fear of failure, of coming short. And now, I am finally more relaxed about it, and even using fear as fuel to make my work better. After decades of making art, I feel like I am starting a whole new chapter in my career as an artist. I feel so blessed.

THAT: What's next for you?
KS: In January 2023, I am exhibiting in a group show at Barbati Gallery in Venice, Italy. In February, I am going to Rome for a five-month artist residency as a visiting scholar at the American Academy in Rome, and in early March, I am opening a solo show in Seoul at VSF Seoul. In June, I will have an exhibit in Los Angeles as a part of the COLA Award (City of Los Angeles Master Artist Award). 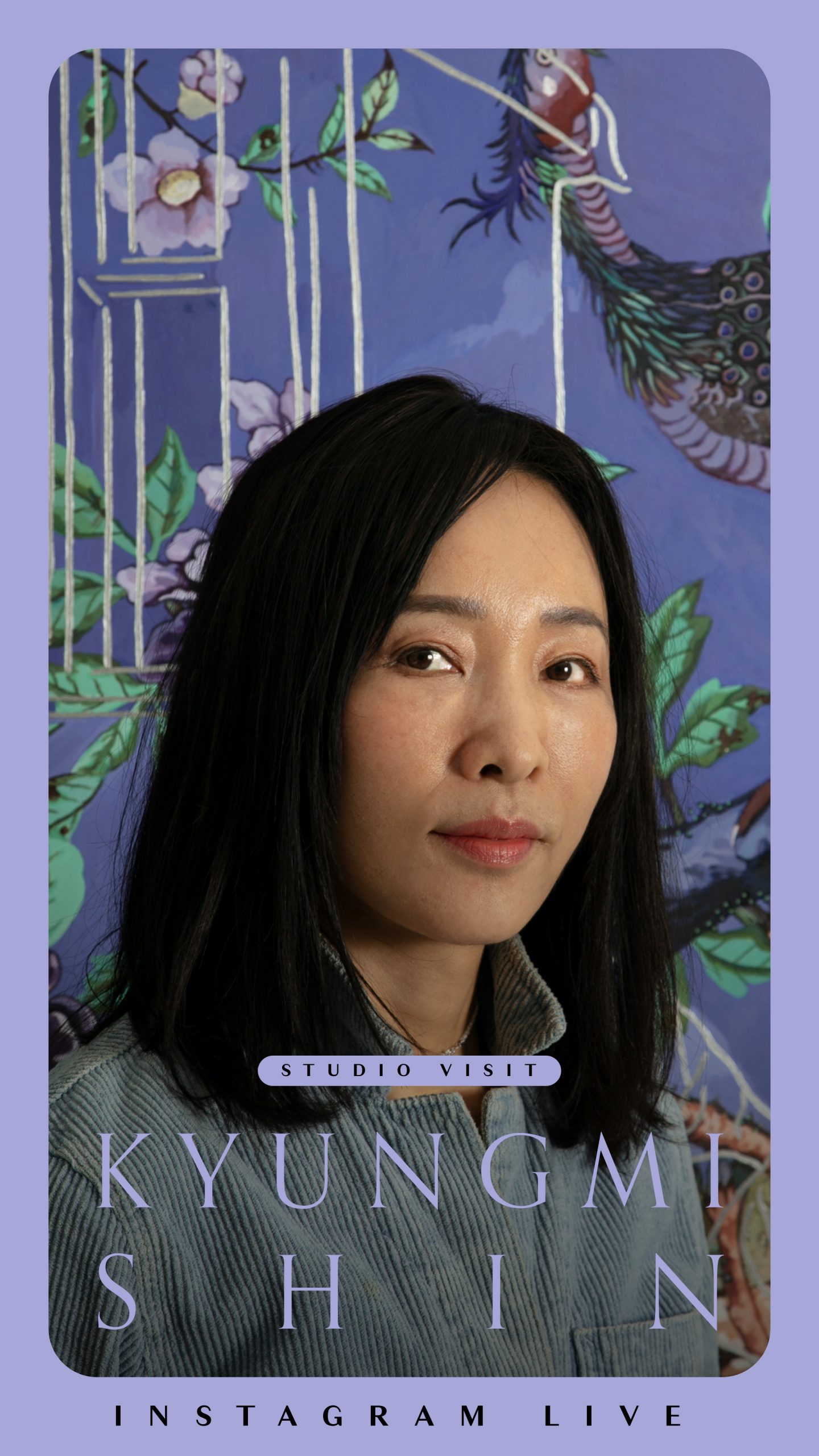