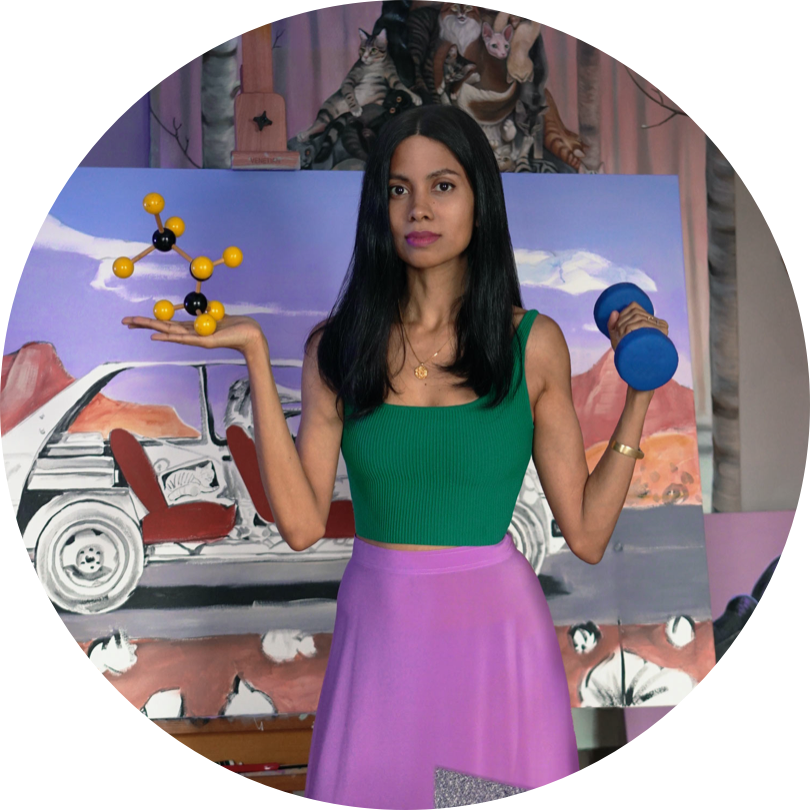 Shyama Golden (b. 1983, Texas) is a Sri Lankan-American artist based in Los Angeles, CA. Her work has been featured on covers for The New York Times, LA Times, and Netflix Queue, as well as various book covers such as Shruti Swamy’s Archer, Fatimah Asghar’s If They Come for Us, and Akweke Emezi’s PET and BITTER. Her work has been exhibited at Jeffrey Deitch Gallery (NYC and LA) and Trotter & Sholer in NYC.

THAT: Tell us about your practice, for those who are new to you.
SG: I am a figurative oil painter and my current series is inspired by Sri Lankan exorcism rituals called Thovil/Tovil where “devil dancers” ward away unwanted spirits who can cause mental or physical problems for a patient. I’m specifically interested in how these rituals work on the psyches of people by inducing a trance state with all-night drumming and involving the community as an audience who witnesses the patient’s treatment and recovery. To me, there is a similarity between being a painter and the therapeutic nature of airing out one’s personal stories and having them seen by an audience.

THAT: Your works, while self-described as “magical realism” also seem to be steeped in research — particularly in your most recent show at Friends Indeed. What is the research process like for you?
SG: I mostly get my information from books and conversations with family members. My parents have told me about some of their memories of these rituals from when they were younger, and I dig in further in books which are often academic in nature. Each book I read has a bibliography which I pay attention to, that leads me to further materials and that’s how I tend to go deeper into the subject matter. I also watch a lot of Sri Lankan videos on YouTube of Thovils which give me some inspiration in a more lively format. I’ve seen these dances myself in Sri Lanka in the form of cultural performances as well. I’m using this research to develop a visual language starting with familiar references from my background, and sometimes it inspires deeper conceptual ideas as well.

THAT: What has been grabbing your interest lately? We read that you’ve got an alter-ego that shows up in your work from time to time. Can you tell us a little bit about it, and how that came to represent you?
SG: The character in the paintings who represents me is a manifestation of Mahasona Yakka or the great graveyard demon. According to legend, Mahasona was a warrior named Jayasena whose head was replaced by a black bear after a battle that didn’t end well.

For me, the visual of Mahasona came to represent the personal demons we all have, the insecurities, the self-doubts, and the darkness that weighs so heavily in our lives, even if it’s in our minds. I think part of the reason why these exorcism rituals work is that the demons are treated as real, not simply metaphorical. In this way, I paint them as visible beings as well, because I am giving creations of the mind just as much validity as things that have matter and form. From the lyrics of Fiona Apple which gave me goosebumps as a teenager: “He said it's all in your head, And I said so's everything, but he didn't get it.”

THAT: Your work has evolved quite a bit over the past couple of years. From digital portrait paintings of iconic women to painting portraits of trees and now scenes with mythical supernatural creatures. Can you tell us a bit about this evolution of your work?
SG: The work usually reflects what is going on in my brain at the time. The portraits of women were my attempt to depict women in a way that communicated agency to counteract the images that we are all used to seeing that do the opposite. The tree portraits coincided with my own reckoning with the false dichotomy of nature and culture. The Yakkas are a way to explore my own experiences and struggles with depression and anxiety which I think are at least partially caused by societal issues, judging by how widespread they are today. 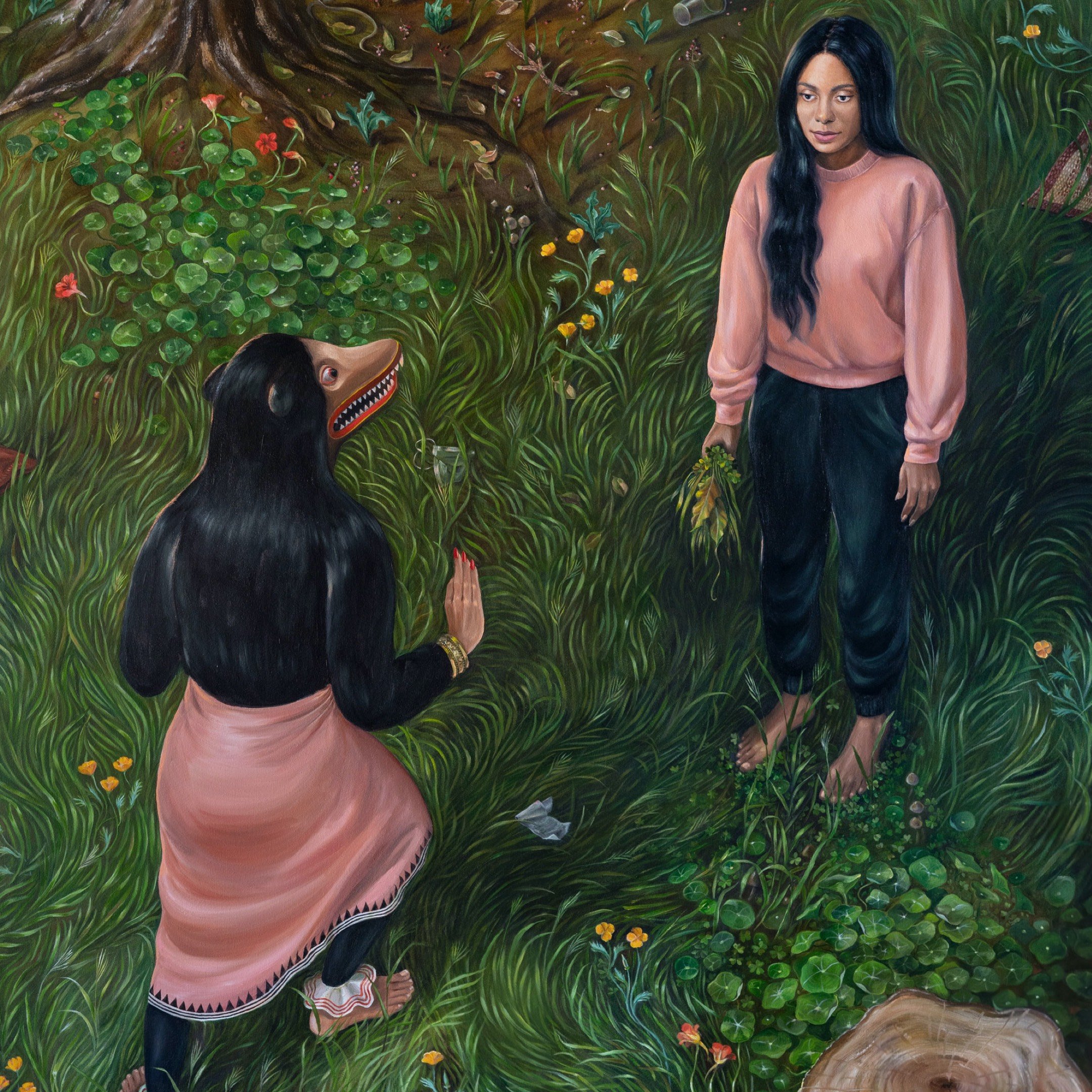 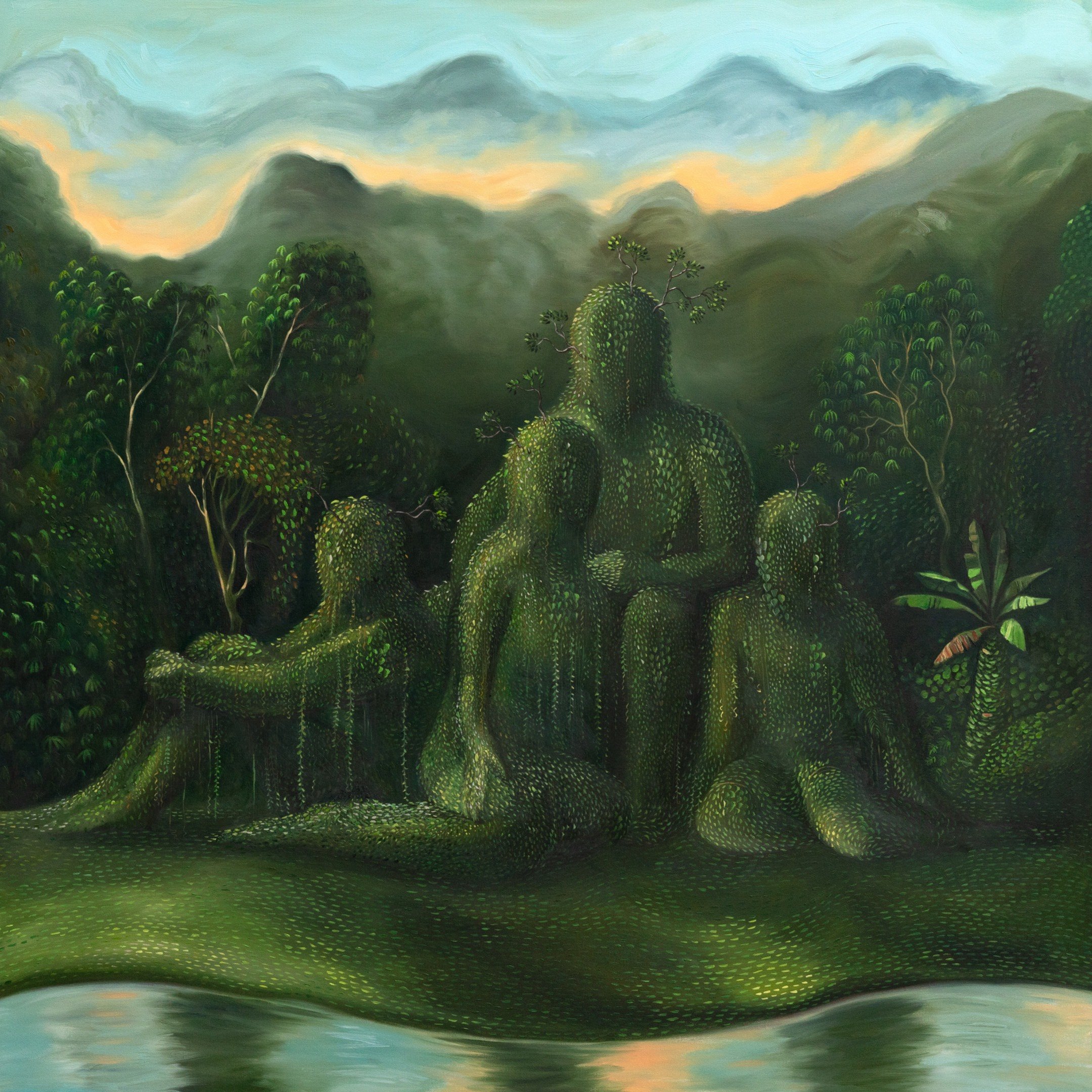 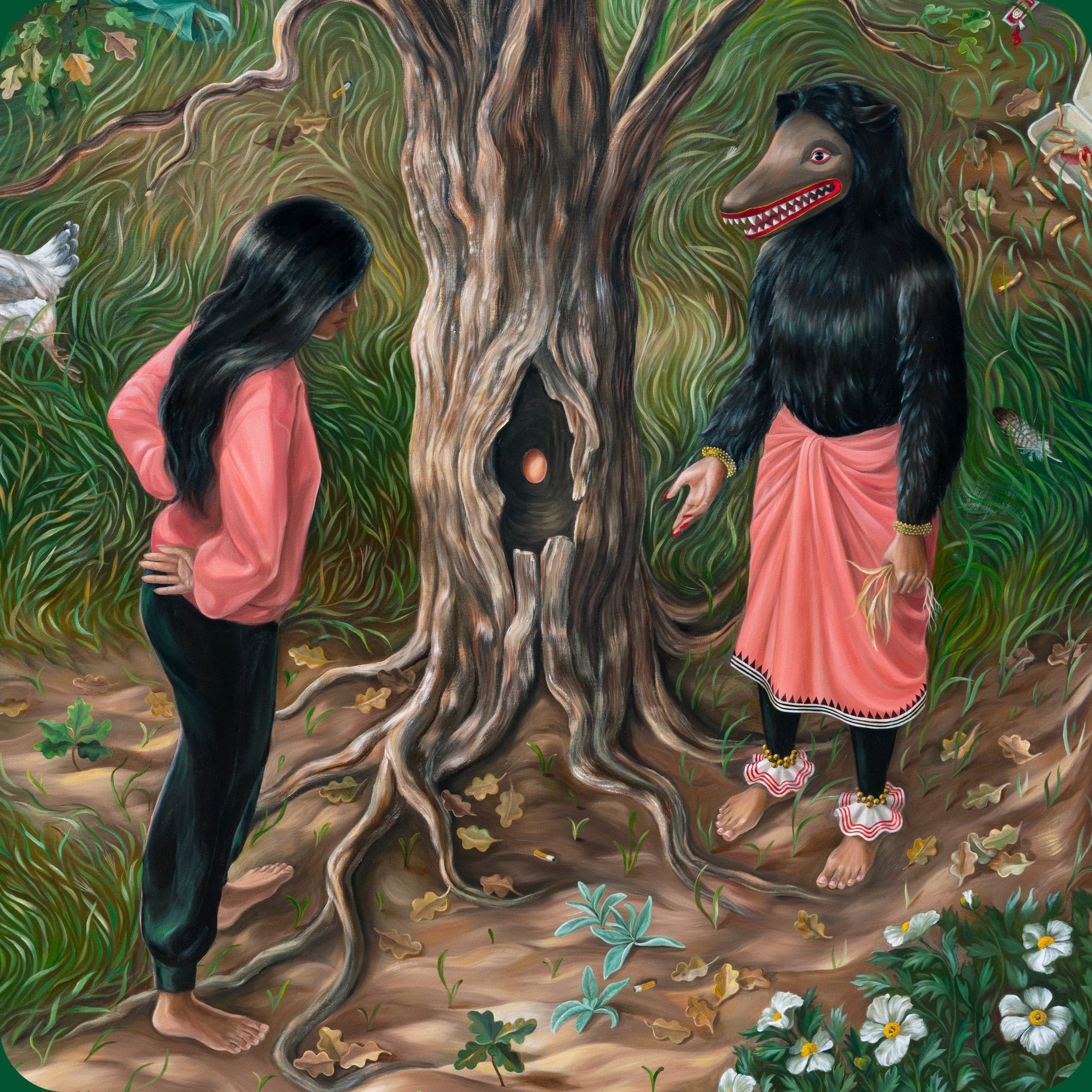 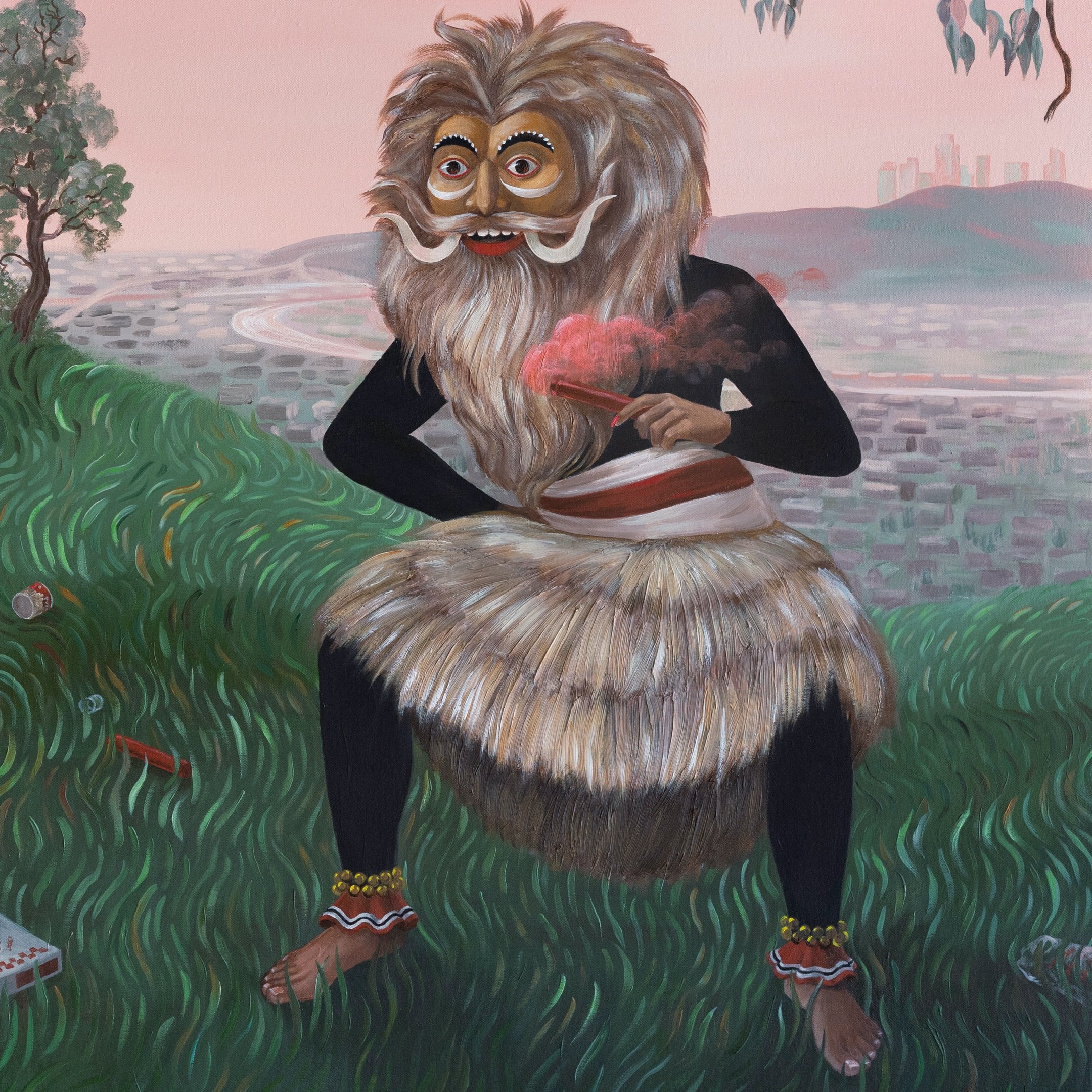 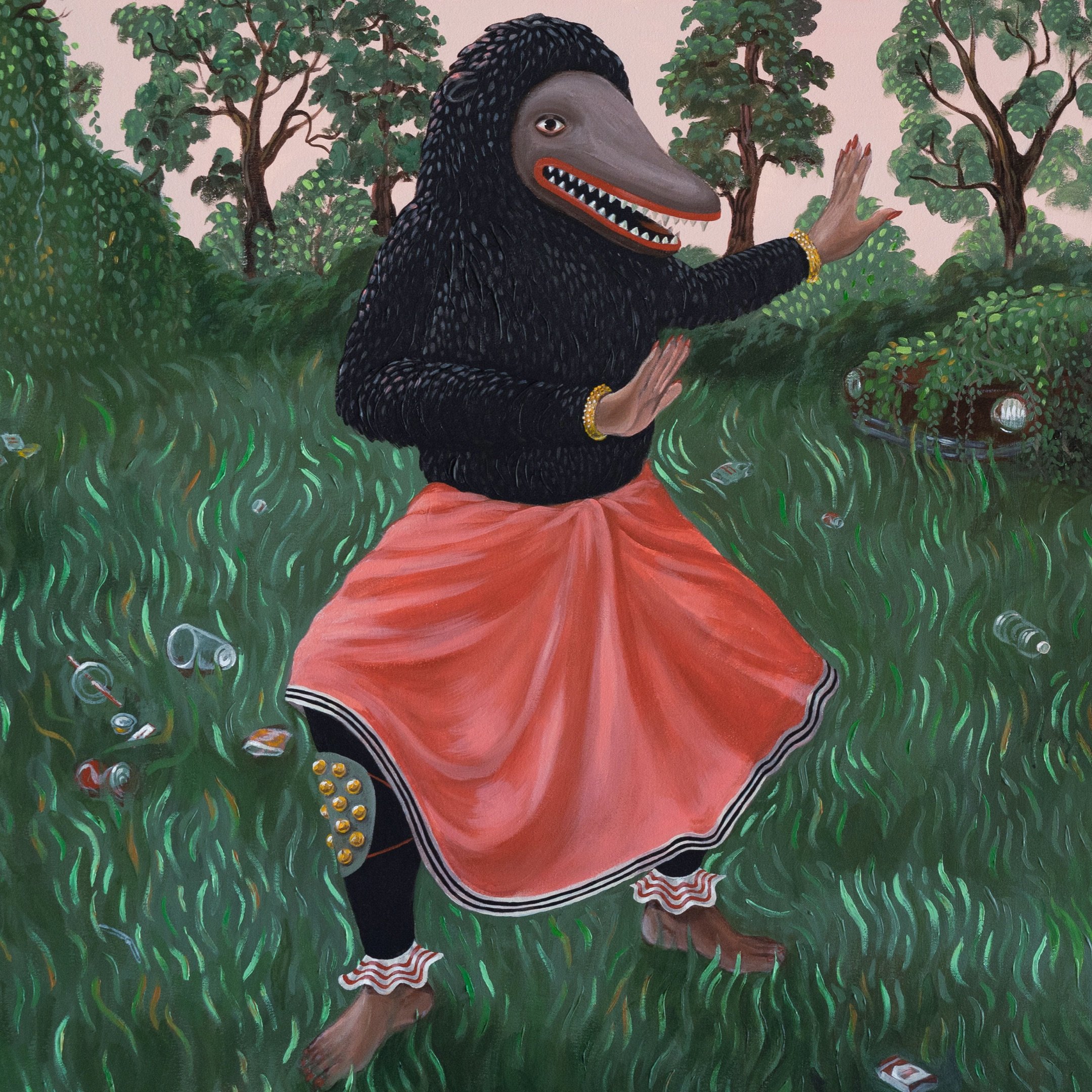 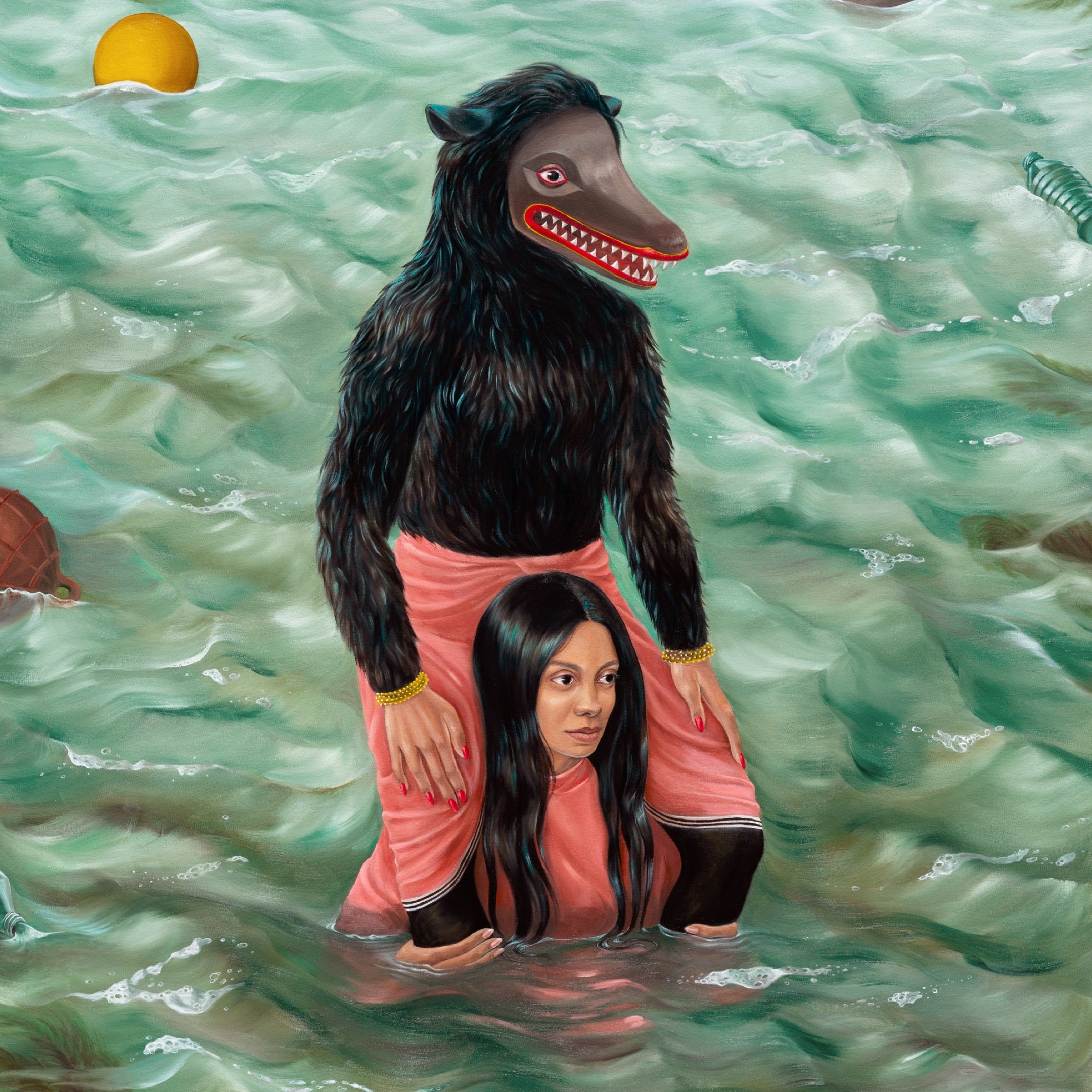 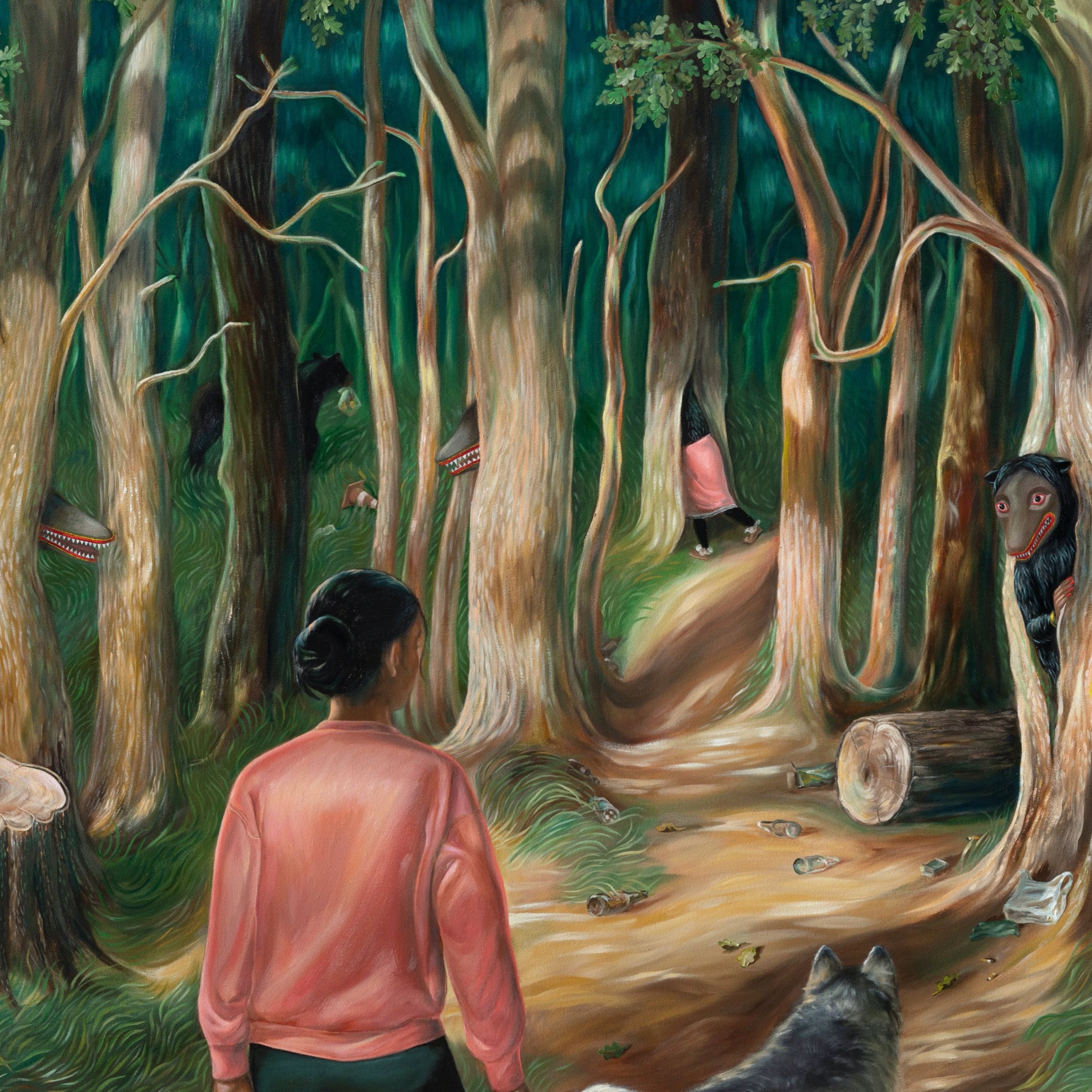 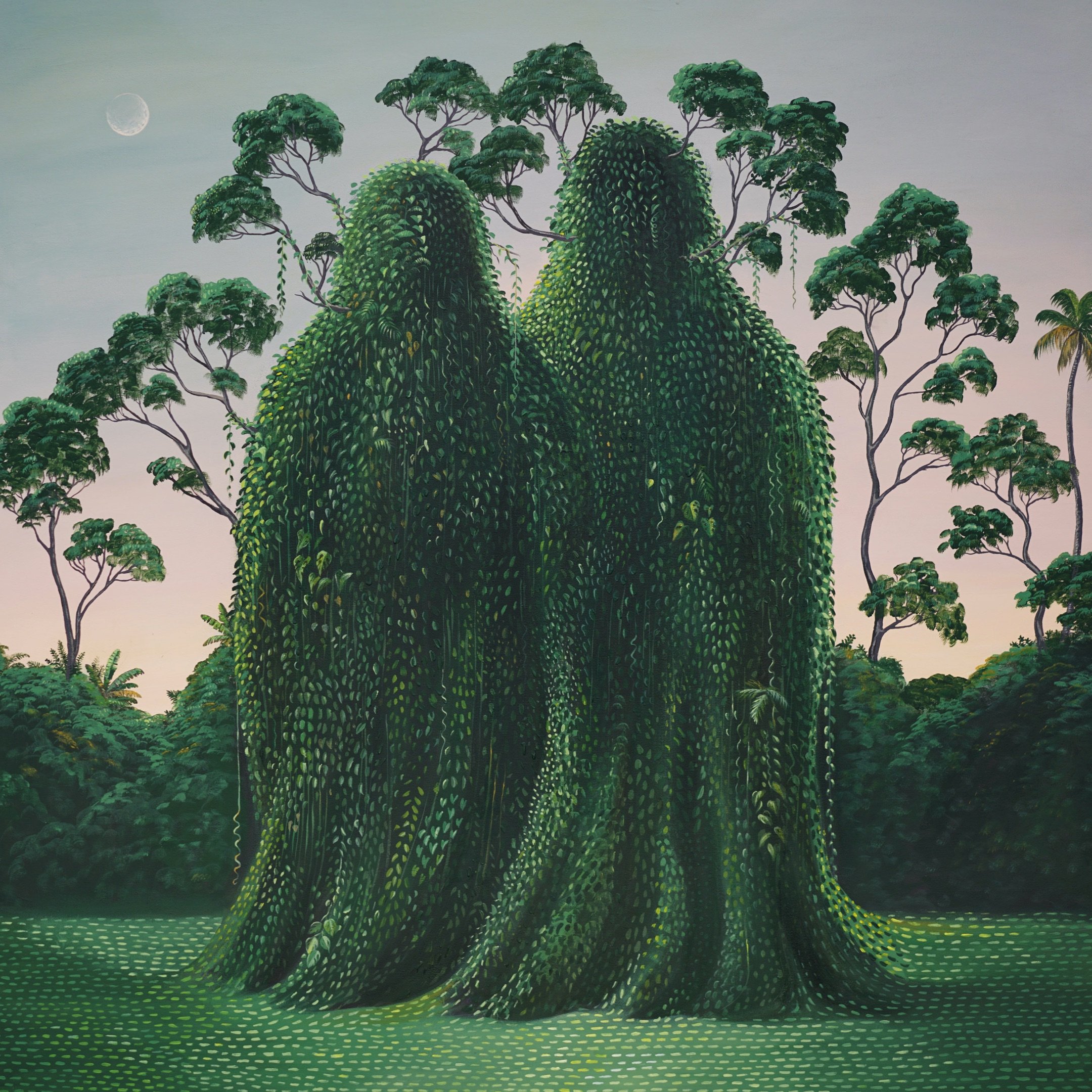 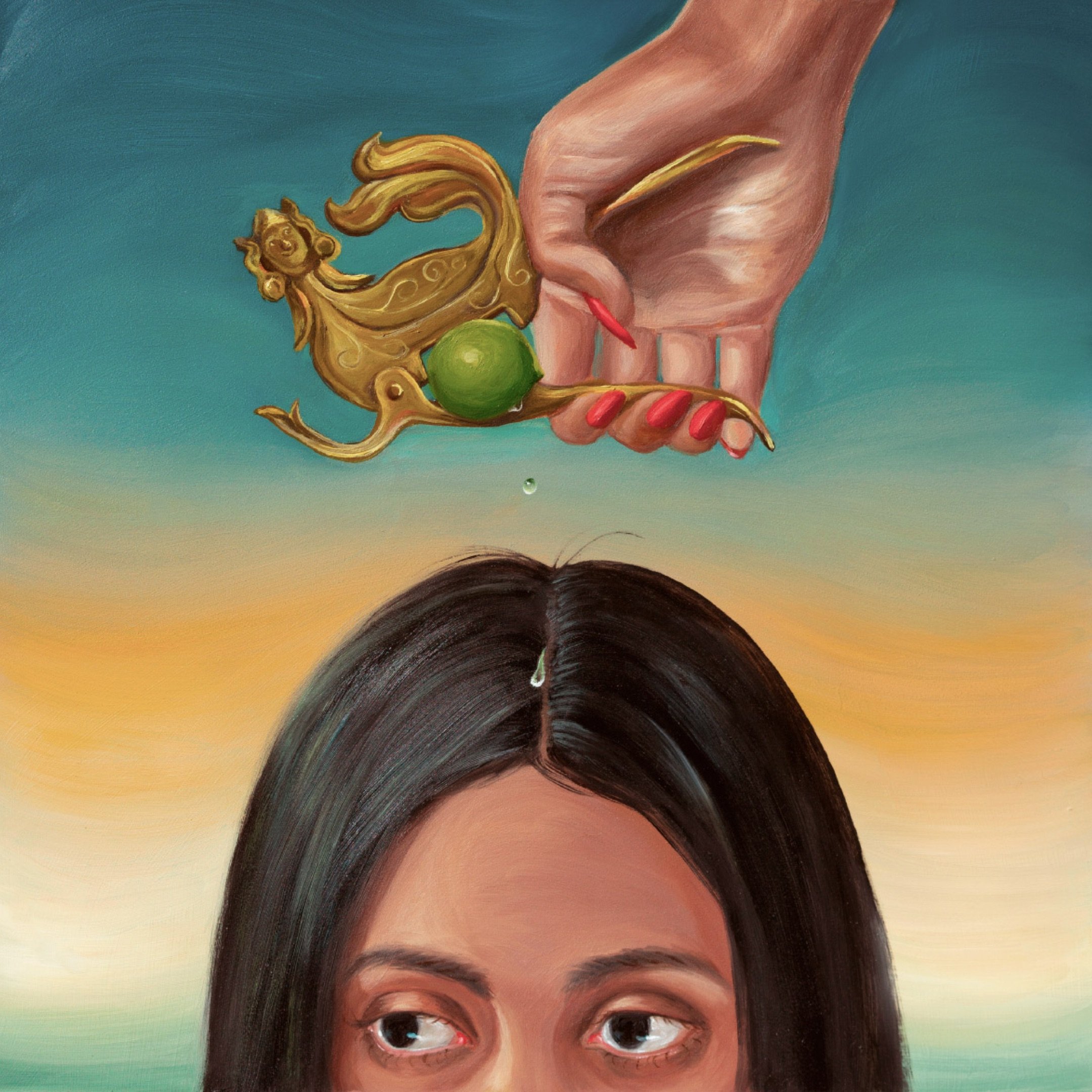 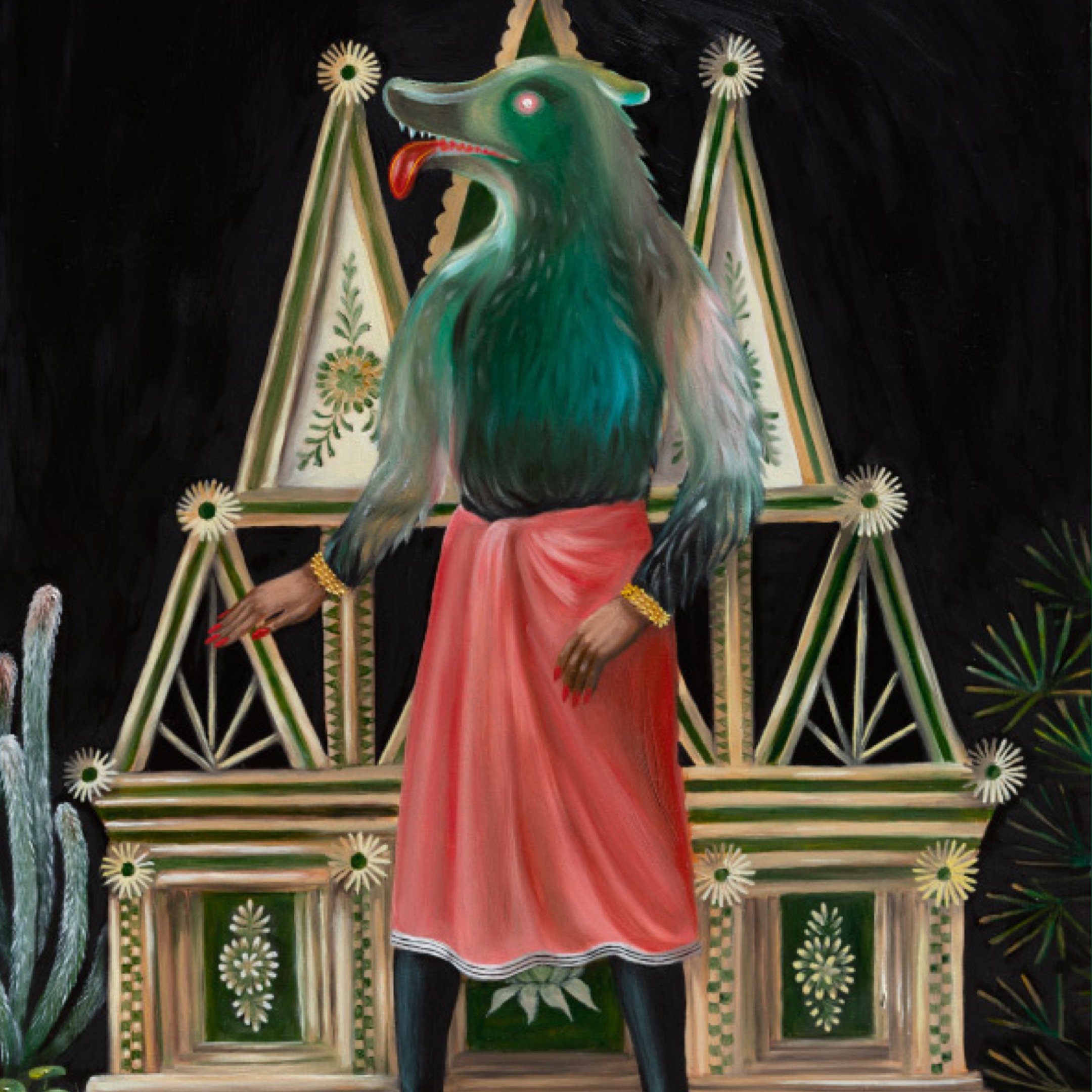 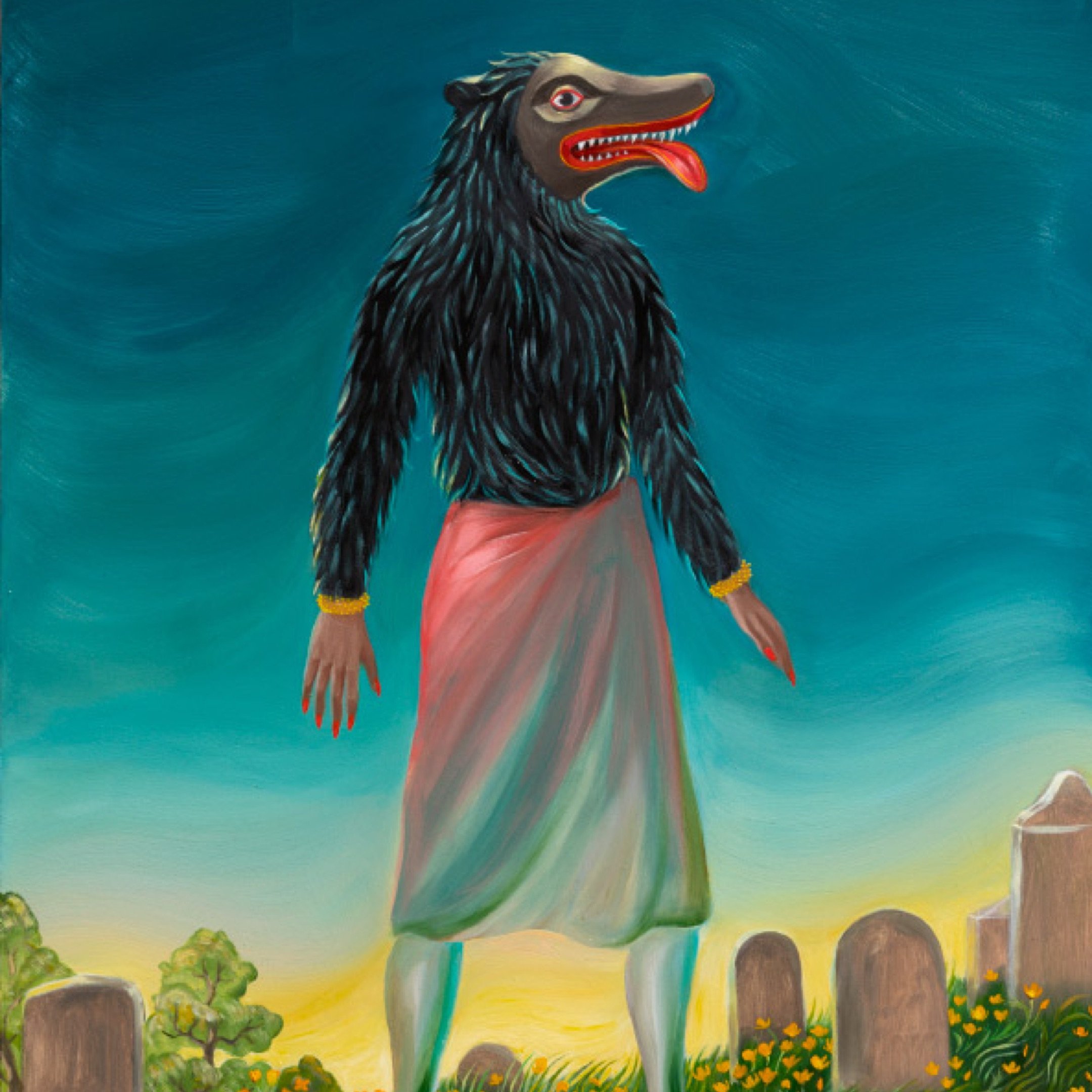 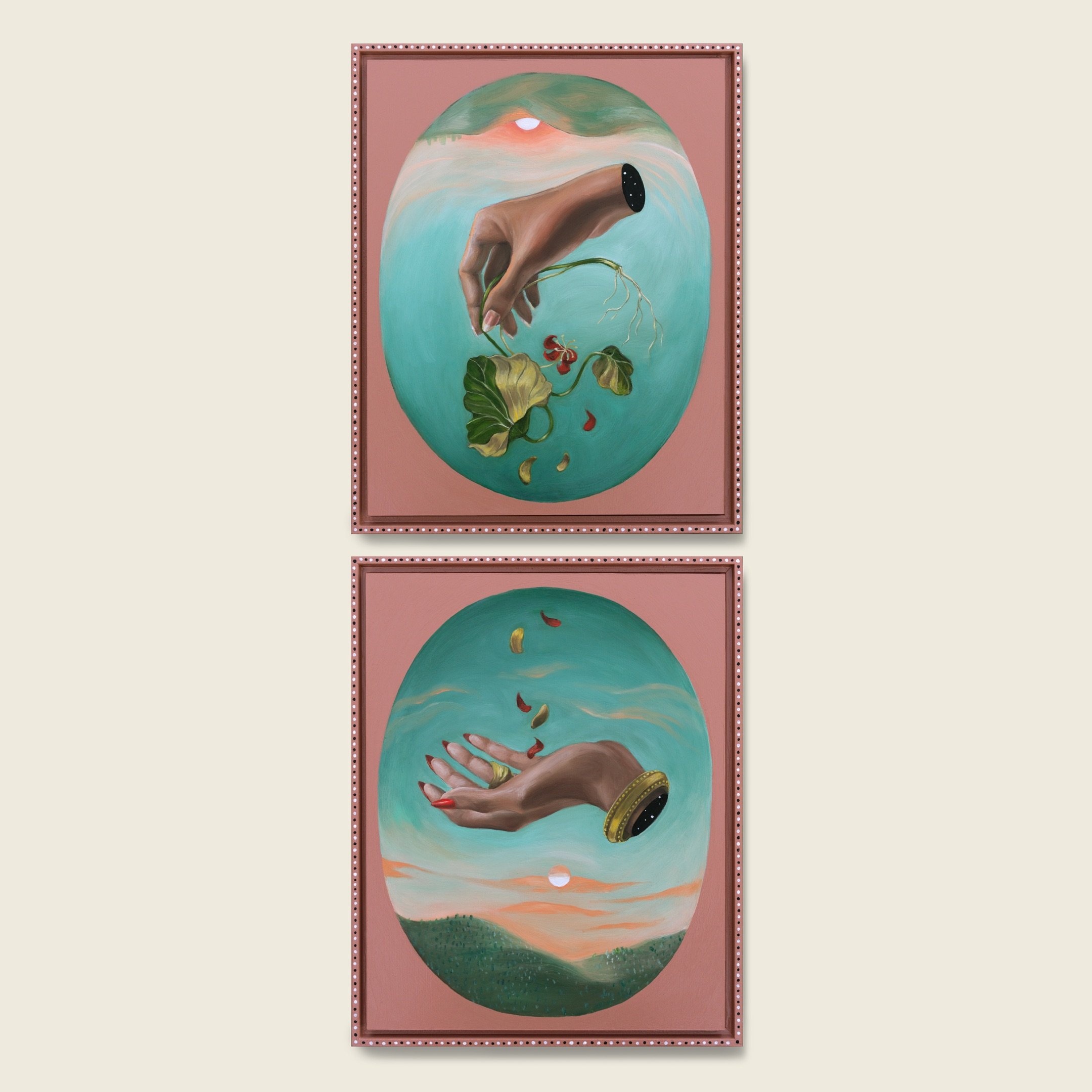 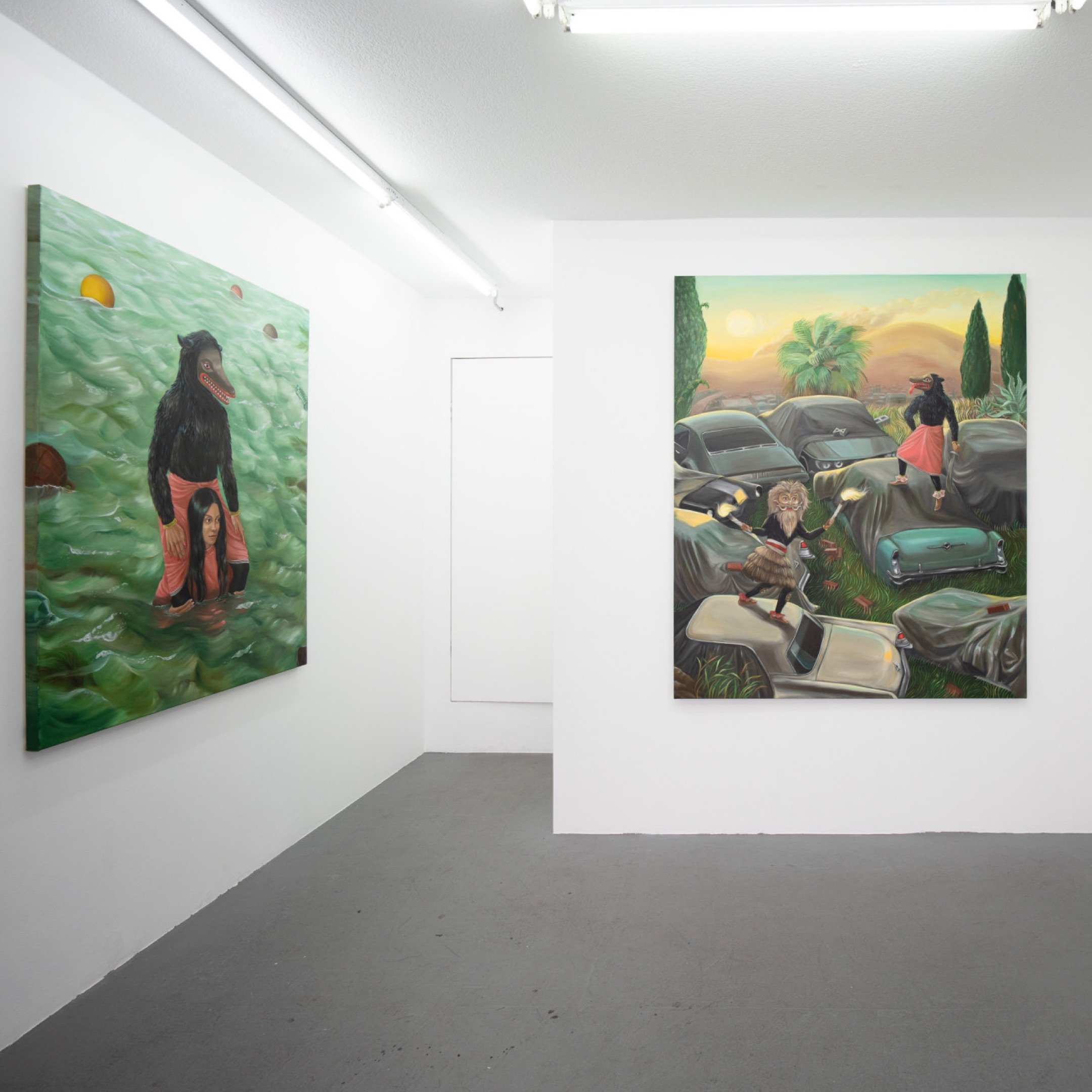 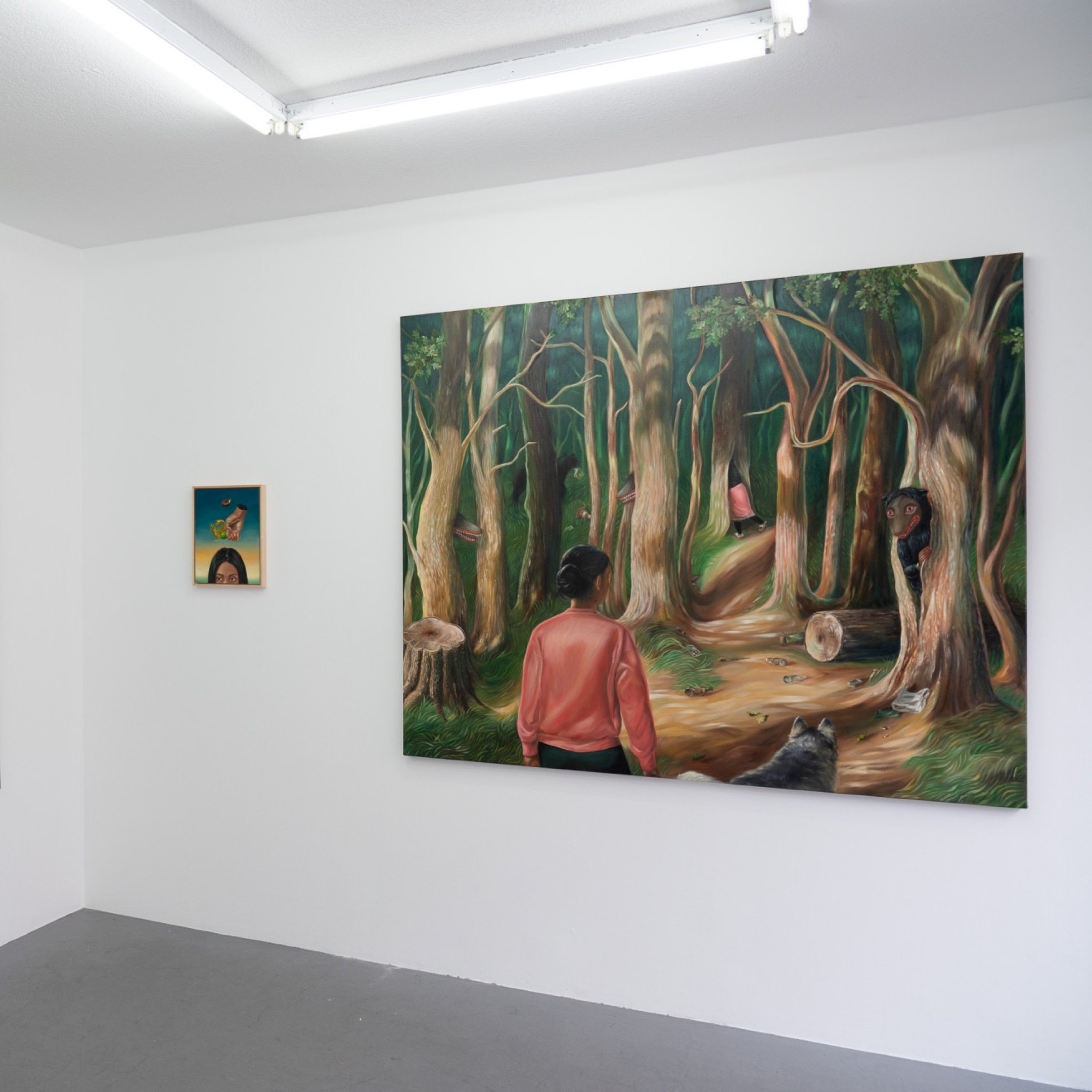 THAT: Coming from a graphic design background, what was your journey like becoming a full-fledged painter?
SG: Growing up I was obsessed with painting, but my parents were research scientists and I had never met a working artist, so it felt impossible to imagine how that could be a way to support myself. I went to school for graphic design, which I did for a decade before switching to illustration. Illustration felt like a better fit because I was drawing full-time, but in the end, I still needed to explore my own ideas through painting for my sanity. I had been saving up for years for this, so it was time. I believe the artistic impulse isn’t reserved for rare geniuses, it’s a normal part of human nature that gets repressed by the need to pay for housing and health care costs. There would be a lot more artists and a lot fewer people in marketing if the world were set up with a different economic system.

THAT: What has been inspiring you lately?
SG: I listen to a couple of audiobooks every week while I paint and here are 3 books that have stood out for me recently: Who is Wellness For by Fariha Róisín, Interior Chinatown by Charles Yu, and The Dawn of Everything by David Graeber.

THAT: What's next for you?
SG: I’ll be in Miami this December with Friends Indeed Gallery at NADA, and in a show with Jeffrey Deitch Gallery with the theme of Goddesses. I’m also about to start working on a big solo coming up next year with Friends Indeed in San Francisco, where I’ll go even deeper into my current body of work. I’m now represented by Friends Indeed as well, which feels like the beginning of a new chapter for me. I am so grateful for the support. 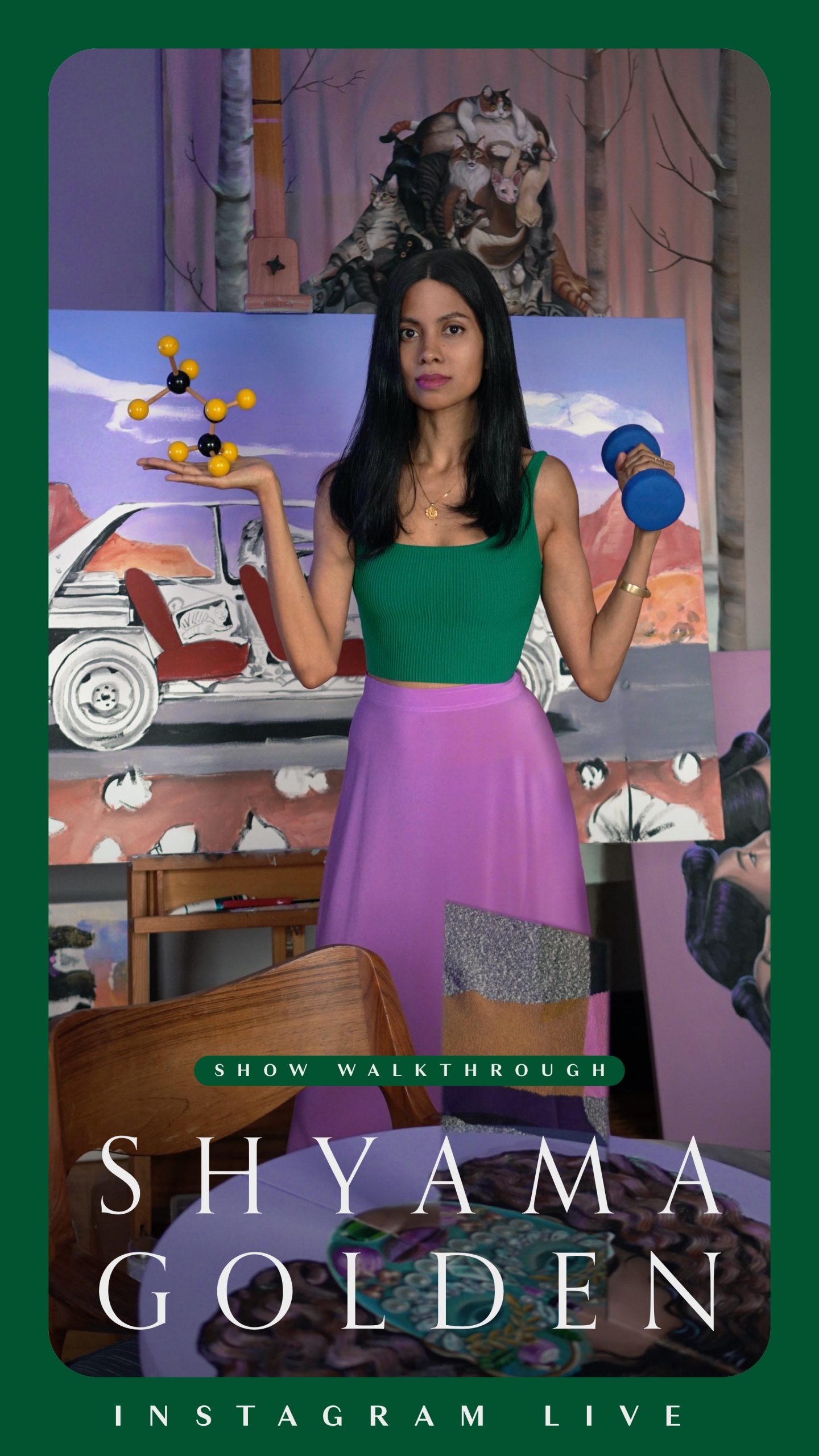